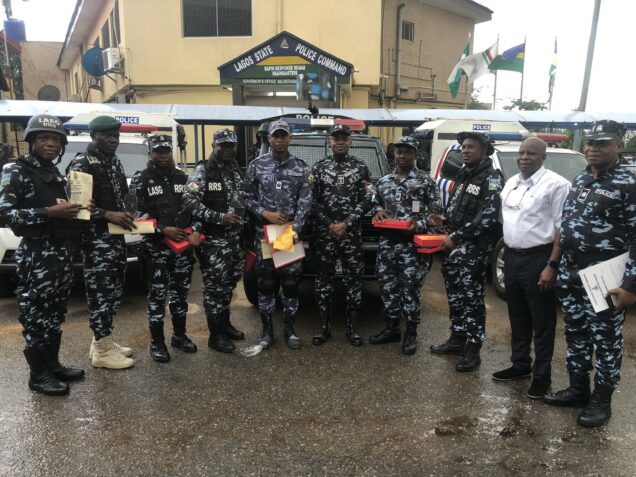 The Rapid Response Squad (RRS) of the police command in Lagos State has rewarded some of its operatives and teams for outstanding performances and gallantry.

This is contained in a statement posted on the Twitter handle of the command on Saturday.

It rewarded the individuals and teams with cash, plaques, and commendation letters.

The recipients included the team that intercepted a busload of illicit drugs and turned down N500,000 bribe.

The unit said that the awards were designed to encourage hard work, values of modern policing, and being alive to responsibilities.

Presenting the awards, the Permanent Secretary, Office of Chief of Staff to Lagos State Governor, Mr. Olawale Musa, praised all the awardees for their contributions toward security in the state.

He urged them to see the awards as tokens of appreciation for their efforts.