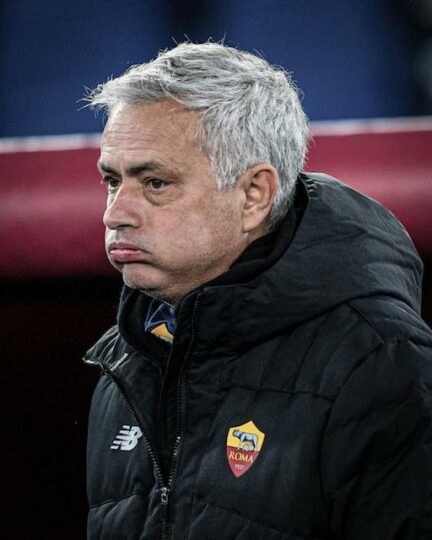 Jose Mourinho of AS Roma

Jose Mourinho is being lined up to replace Mauricio Pochettino as Paris Saint-Germain’s manager.

The French champions are on the verge of parting company with Pochettino, who has been walking a tight rope for the last two seasons.

However, SunSport reported that the Parisians are now contemplating replacing the Argentine with the resurgent Mourinho.

The Special One guided the Italians to Europa Conference League glory last month and a sixth-place league finish.

And the 59-year-old’s stellar debut season at the Stadio Olimpico has promoted PSG chiefs to weigh up a summer swoop for his services.

PSG will have to dig into their deep pockets to land the former Chelsea and Real Madrid boss as his contract with the Giallorossi expires in the summer of 2024.