Tension in Edo PDP over plot to substitute senatorial candidate 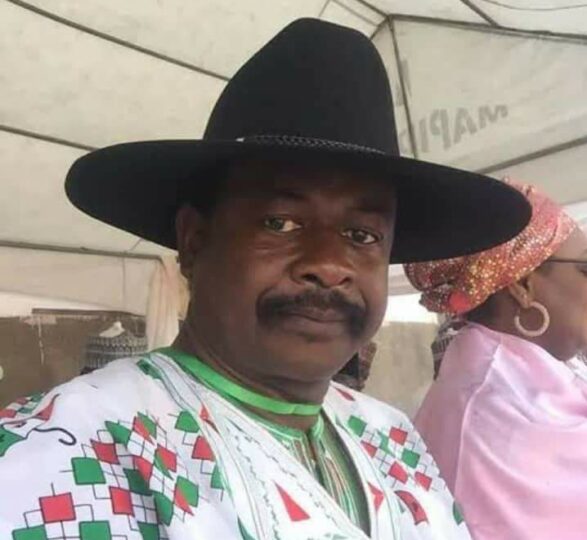 Pascal Ugbome: Confusion over plot to substitute him as PDP candidate for Edo North senatorial district

Palpable tension has again engulfed the Peoples Democratic Party (PDP), in Edo, over alleged plot to substitute the winner of the primary for the northern senatorial district of the state Paul Ugbome with Senator Francis Alimikhena.

Crusoe Osagie, Special Adviser (Media Project) to Governor Godwin Obaseki, had set off the confusion when he announced in a statement that a five-man committee from the headquarters of the party was in the State to conduct “an emergency primary election for Edo North Senatorial District.”

Ugbome was elected as senatorial candidate during the party’s primaries held on Sunday, 22 May, 2022.

It was however gathered that a supplementary election was today, Saturday, 4 June, allegedly on the order of the national leadership of the party, and was won by Senator Francis Alimikhena.

Alimikhena who is the incumbent Senator representing the district, dumped the All Progressives Congress (APC), on Friday, 27 May, 2022, over rancor with a former national chairman of the party, Adams Oshiomhole on who gets the ticket of the party for the senatorial district.

Oshiomhole eventually contested for and won the APC ticket for senate.

But Ugbome, in a statement he personally signed on Saturday afternoon, raised alarm over what he described as plans to deny him of the senatorial mandate given to him by the delegates of the party on 22 May.

“My attention has been drawn to a concocted, wicked and malicious rumour making the rounds, that a purported Supplementary Senatorial Primary has been ordered, supposedly by one National Official of our Party, PDP, to hold today for the Edo North Senatorial District.

“To the best of my knowledge and leaders of our great party, this is a strange development and certainly not a decision of our Party even as its illegality smells to high heaven.

“Secondly, it has also been alleged in another breath that a certain Senator Alimikhena has paid me for the Ticket and that I have stepped down for him. That is A LIE FROM THE PIT OF HELL. I am a Lawyer and not a TRADER and I cannot trade away the Mandate which the honourable Edo North PDP Delegates gave to me on the 23rd of May, 2022.

“For the avoidance of doubt, the same Delegates who voted for me also voted Our Presidential Candidate at the national convention.

“Consequently, let me reassure our teaming Supporters that I remain the duly Nominated Edo North PDP Candidate and flag bearer of the PDP for the seat of Senator representing Edo North in the forthcoming general Election slated for 2023. I look forward to vigorously Campaign and deliver Victory to our Party at the 2023 Senatorial Election.”

He said: “The candidate that emerged from the primary which was organised by the Edo State PDP for Edo north senatorial district is Barrister Pascal Ugbome. Any other candidate parading himself is a product of a charade put together by whoever.

“I understand that some people are in the act of conducting by-congresses or parallel primaries. Even today, I was told that something was organised. I’m from that senatorial district and I saw the video that purportedly came out of the venue.

“My comment is that it reminds on of what one could describe as the embarrassing stage of insanity by some people, because, I’ve never seen a senatorial primary [election] where you have just one returning officer standing and announcing result and you have about two or three people around him and the purported candiemerging from a corner and you don’t see any people who have voted or who are voting.

“The Peoples Democratic Party, Edo State chapter, has concluded its primaries way before we went for the national convention and the candidate for Edo north senatorial district is Barrister Pascal Ugbome.”

Meanwhile, Obaseki’s spokesman’s statement disclosed that the five-man panel conducting the election was at the instance of the national secretariat of the party, adding that the previous primary ended inconclusive.

It reads: “A five-man committee from the headquarters of the Peoples Democratic Party (PDP) is in Edo State to conduct an emergency primary election for Edo North Senatorial District, after the candidate of the party for the position, Victoria Edelokun, withdrew her candidacy.

According to Osagie’s statement, “Chairman of the committee, Sir Daniel Obiora…said the committee is in the state to conduct a free, fair and credible emergency primary election following the withdrawal of Victoria Edelokun who emerged as the candidate of the party in the May 23, 2022 election.

“We are here to conduct an emergency Senatorial primary election in Edo North Senatorial District for the purpose of nominating the candidate of our party for the upcoming Senatorial election come 2023.

“This exercise has become important because of the withdrawal of our candidate on 23rd May. Her withdrawal has rendered that exercise inconclusive hence the need for this exercise today 4th of June 2023.”

The statement also added that the State PDP Chairman, Tony Aziegbemi, said the senatorial election for Edo North held on the 23rd of May 2022 became inconclusive following the withdrawal of Victoria Edelokun.

“You recall we had a senatorial election held in the three senatorial districts on the 23rd of May 2022. This panel sent from the national to conduct this emergency primary election in Edo North is premised on the party’s guideline which stipulates that where a candidate emerges and for whatever reasons withdraws his or her candidature, the party must conduct an emergency primary election to have a candidate fill the position for the general election.

“The national headquarters are in receipt of the withdrawal letter; they wrote to the Independent National Electoral Commission (INEC) to notify them and they have agreed that we conduct this primary today the 4th of June 2022. The panel is ready to do a diligent job online with the party’s constitutions and guidelines.

“I urge all delegates to participate in this exercise and elect the best to get Edo North District into the family of PDP as that is the only Senatorial District where PDP has not had a senator but this time around, things must be different as the Senatorial seat is a must-win for the PDP come 2023 General Election,” the statement concluded.