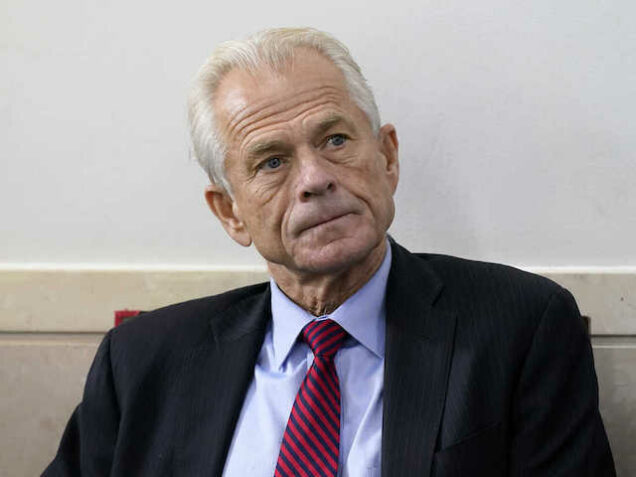 Peter Navarro, a former top adviser to ex-President Donald Trump, was charged on Friday with contempt of Congress for refusing to cooperate with the House of Representatives committee investigating the Jan. 6, 2021, attack on the U.S. Capitol.

But two other close associates of the former president, Mark Meadows and Daniel Scavino, will not face criminal charges despite a House vote recommending them.

A federal grand jury charged Navarro with one count involving his refusal to appear for a deposition before the Jan. 6 Select Committee and another for his refusal to produce documents in response to a subpoena, the Justice Department said.

Navarro did not enter a plea at his 72-minute hearing before Magistrate Judge Zia Faruqui in the U.S. District Court for the District of Columbia.

The former Trump adviser accused the Justice Department of “prosecutorial misconduct” for arresting him at a local airport as he tried to depart on a trip to Nashville and New York.

Navarro said authorities ignored his request for them to contact an attorney and refused to allow him to make a phone call during his arrest. “I am … disappointed in our republic,” he told the judge. His next court appearance was set for June 17.

A longtime China hawk, Navarro advised Trump on trade issues and also served on his COVID-19 task force. He has contended previously that his communications are protected by executive privilege, a legal principle protecting a president’s communications.

His indictment came a week before the committee is due on June 9 to hold the first in a series of public hearings on its investigation.

And it came two days after Navarro filed a civil lawsuit against House Speaker Nancy Pelosi and the House committee.

Trump has urged associates not to cooperate with the Democratic-led investigation, calling it politically motivated.

In its subpoena, the committee said it had reason to believe that Navarro, 72, had information relevant to its investigation.

Navarro has said in media interviews and in his book that he helped coordinate an effort – known as the “Green Bay Sweep” – to halt certification of Biden’s victory and keep Trump in power.

Navarro faces up to a year in prison on each count if convicted. He also faces fines but a court-appointed attorney disputed a Department of Justice assertion that he could be fined as much as $100,000 on each count, arguing instead that the maximum penalty should be $1,000.

Navarro argued at length for delaying the criminal proceedings and instead moving forward with his civil suit against the committee, arguing that the case against him stems from collusion between the Justice Department, Congress and the Biden White House.

“The prosecution has put me in an untenable position of conflicting constitutional interpretations,” Navarro said. “This is something that needs to get to the Supreme Court.”

Navarro is the second prominent Trump adviser to face criminal charges in the investigation.

Stephen Bannon, at one time the chief strategist for the former Republican president, was criminally charged in November for defying a subpoena.

The Democratic-controlled House recommended the contempt charges in April for Navarro and Scavino, a former deputy chief of staff to Trump.

In December, the chamber voted in favour of a contempt charge for Meadows, a former House member who became Trump’s chief of staff.

The New York Times reported late on Friday that the Justice Department has decided against charging Meadows and Scavino with contempt of Congress.

The leaders of the House committee said the indictment of Navarro was the correct decision but that they found the decision on Meadows and Scavino “puzzling.”