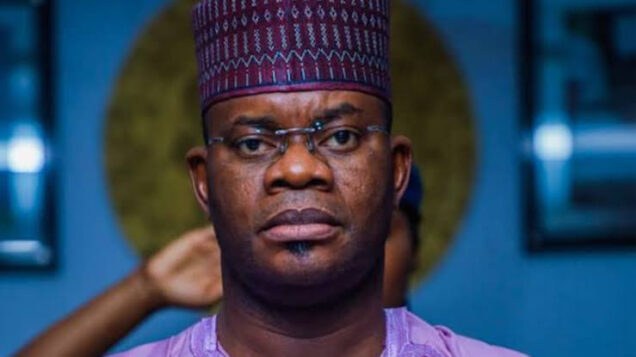 Gov. Yahaya Bello of Kogi has refused to step down his presidential ambition despite the agreement reached by the Northern Governors.

Governors of the All Progressives Congress from the northern region had on Saturday asked the party to zone its presidential ticket to the south.

In a statement signed by 11 Governors, they said it was a question of honor for the APC.

The Governors asked all Northern aspirants in the race to withdraw in the national interest.

However, Bello, a Presidential aspirant on the All Progressives Congress (APC) platform, said President Buhari is only interested in the best candidate that will defeat other opponents in the 2023 presidential election.

Bello said this at a media appearance on Sunday in Abuja.

He noted that the candidate that will be chosen by the APC must be able to give the people the right kind of leadership while building on the successes of the President.

The governor said that he was optimistic that the best candidate would be chosen irrespective of region, tribe, or religion, stressing that Nigerians were clamoring for who would solve the challenges of the country.

Bello, therefore, expressed optimism that he would emerge as the chosen candidate considering all that he had achieved in Kogi in terms of security, unity and progress, building on the successes of President Buhari.

“For us as aspirants in the forthcoming primary elections, we were asked to make a consensus among ourselves on who will emerge so that we can come up with one formidable candidate against the PDP.

“It is very gladdening and I know that by the grace of God, we are going to come up with the one strong candidate.

“And, I am very optimistic that I, Yahaya Bello, as the candidate to build on the leadership and successes of President Muhammadu Buhari, will emerge as the consensus candidate by the special grace of God, considering our achievements and successes in Kogi on security, unity and progress.

“Nigeria of today is all out for who is coming to solve Nigeria’s problem and not where you come from and that leadership, I by the special grace of God will provide for Nigeria,” Bello said.

On the fate of the party after the special national convention, Bello said that the party as always will come out stronger than ever before, commending the party’s leadership for a smooth process all the way.

“By the special grace of God, we are going to come out stronger than ever before. This kind of anxieties were expressed in the last convention that came up with Sen. Abdullahi Adamu as the National Chairman and other committee members.

“This kind of anxieties came up when we were electing our senators, governors and all our candidates across boards three weeks ago and we all came out very strongly.

‘By the special grace of God, I am optimistic that we are going to come out very strongly.

“By the special grace of God, I Yahaya Bello of Kogi State shall win that convention and the flag bearer of the All Progressives Congress for the general elections come 2023,” Bello added.

Bello, however, urged delegates of the parties to vote for him in the forthcoming elections to give him the opportunity to continue the legacies of President Buhari to build a safe, united prosperous Nigeria.