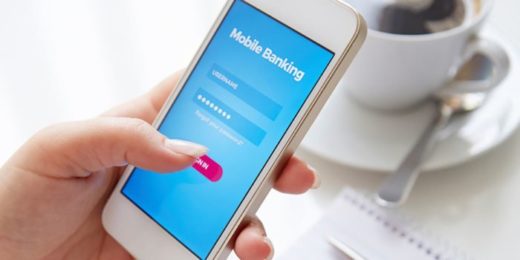 Customers of various banks in the Federal Capital Territory (FCT) have decried the increasing rate of financial technology (fintech) banking-related fraud in the country.

Some of the customers who were victims of the fraud told the News Agency of Nigeria (NAN) in Abuja on Sunday, that fintech-related fraud were more rampant in some banks than others.

They also alleged that most fraud in banks were being done in connivance with bank staff.

Ms. Halimat Sheji, a customer of First Bank of Nigeria Plc, told NAN that she had experienced incessant unauthorized withdrawals from her account.

Sheji said the bank had yet to reverse or replace the money up till date, adding that each time she visited the bank she was told that they were doing something about it.

“I slotted my ATM card into a machine located somewhere in Abuja and withdrew 40, 000.

“While still at the ATM spot, two men distracted me claiming to offer help which I refused but when I slotted my card again in the machine to continue my transaction, it showed me a “card reported lost, card retained’’.

“When I went into the banking hall to complain, the person in charge went to check the machine and came to inform me that my card was not among the cards he saw, he advised me to block the card and also freeze the account.

“My contention now is how a withdrawal can be made from an account that has been frozen and ATM card blocked,’’ she said.

Mr. Cyril Ibe, a customer of Access Bank Plc, said that he transferred N30, 000 to a client from a PoS but was surprised that the person did not receive the money to date.

Ibe said that when he visited the bank to complain, he was first told that the money went into another client’s account of which they gave his name.

He frowned at the bank’s mistake, saying it had caused friction in his relationship with his client.

“When I called my client whom the bank told me the money was wired into his account to refund the cash, he vehemently told me he did not receive any money but that he will check with his bank.

“When he eventually checked with his bank, there was no transaction of such because he printed his bank statement and forwarded same to me.

“I went back to Access Bank and requested for my statement, when they printed it, I found out that the money was not transferred into the account of my client that the bank accused.

“The money went into an account that I do not know the owner of. I suspect something very fishy with the bank and as it stands, my money is hanging, ‘’ he said.

Mr. Paul Aliyu, a customer with Access Bank Plc, said that customers had become victims of fraud for entrusting their resources to banks.

Aliyu said about N94,000 was deducted from his account to fund a purported loan that he did not apply for or collected.

”I received a message from Access Bank that my digital loan is due repayment and that I should fund my account to avoid the charge of one percent on the outstanding loan.

”To the best of my knowledge, I have never gone to any bank to collect loans and I don’t pray to do it in my lifetime.

”Immediately, I went to the bank and complained and they said someone used my phone to collect the loan and I told them that my phone was stolen.

”I told them I didn’t apply for any loan and my money should not be tampered with but they told me that it is not possible.

”I applied for my bank statement to at least see the amount for the loan but to my surprise, there was no deduction of loan reflected in the bank statement.

”But they directed me to meet another official who handed another statement of account to me but the account number on the statement he gave me was not mine.

Aliyu said that he forwarded his complaints to the Consumer Protection Department of the Central Bank of Nigeria (CBN).

He said that it took the intervention of the CBN for his money to be refunded.

Aliyu wondered what would have been the fate of an ordinary citizen who was ignorant of the steps to take to recover his or her money.

”I wonder the measures that banks are putting in place to protect their customers’ monies, especially in this season of insecurity where phones and other gadgets owned by customers can be stolen from them easily.”

Mr. James Onovo, a customer with Guaranty Trust Holding Company (GTCO), said that N50, 000 was withdrawn from his account without his knowledge.

Onovo appealed to the Central Bank of Nigeria (CBN) and other agencies involved in financial matters to look into the increasing cases of banking fraud.

“When you do a transaction and it fails and is reversed, the banks don’t reverse the charges collected from the transactions.

“They will only reverse your money and this is what I call `robbing Peter to pay Paul’.

“The fault of the failed transaction is from them, but the customer will now bear the brunt by paying for it.

“The money might not be much with one customer but if they do it to one thousand customers, they will be making so much money. This is very unfair,’’ she said.

Mr. Inu Atoh, a customer with United Bank for Africa (UBA) said that banking fraud was gradually advancing to the vulnerability of customers.

Atoh pleaded with relevant authorities to address the issues, saying that the development negated the financial inclusion initiative of the CBN.

”These days, I will rather keep my money at home and be safe than take it to the bank and be told stories about my hard-earned money,” she said.

Meanwhile, the Economic and Financial Crimes Commission (EFCC) had said that most banking fraud handled by the commission showed that bank employees aided the acts.

The Head of the Cybercrime Section of the Commission, Abbah Sambo, said that the acts were mostly perpetrated by insider Information, Communication Technology employees of banks.

He also expressed regret at the increasing rate of cybercrime in spite of the best efforts by the commission to tackle it.

Sambo observed that in years past, young people involved in cybercrime were not ICT savvy, but today, it is ICT graduates that were champions in perpetrating the crime.

NAN contacted some of the banks’ officials who pleaded anonymity, saying that some unauthorized withdrawals were being done by hackers who penetrated their banks’ databases.

The officials alleged that the banks were doing all they could to protect their customers’ data and monies.