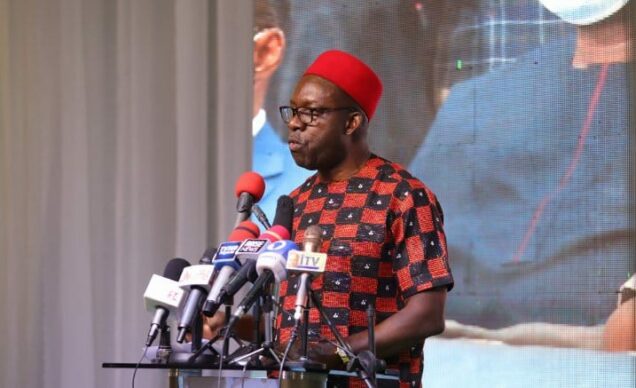 He said, however, that it was uncharitable for anyone to refer to the online test as “Soludo 419’’ as was being tagged in some quarters.

In a statement issued by Mr. Christian Aburime, his Chief Press Secretary, Gov. Soludo promised to investigate the “unfortunate’’ incident and assured that candidates with genuine complaints would be given another opportunity.

“We ask candidates and others affected by the development to remain calm while the government sorts out outstanding issues and takes the necessary actions.

“The governor is a product of sincere and transparent background in all his academic and career undertakings.

“He will not engage in any attempt at short-changing the good people of Anambra and indeed anybody, for that matter; he pledges fairness to all at all times,’’ he stated.

The majority of the 31,800 applicants expected to write the computer-based test on Saturday complained that they could not log unto the site.

Some of them alleged that it was a deliberate design to deny them access and called on the state government to cancel the exercise and set up an ICT infrastructure allowing all candidates to participate at the same time.

More than 40, 000 applications were received from job seekers for the 5,000 vacancies advertised by the state government.

The number was reduced to 31,800 after preliminary shortlisting which disqualified applicants considered too old for civil service jobs, graduates without NYSC discharge certificate or Exemption Letter, and other deficiencies.

Soludo’s spokesman stated, however, that all listed applicants were given equal chances to participate in the preliminary online examination to further shortlist applicants for a second computer-based test.

“Other measures necessary to attain reliability and credibility of the test were taken; the reported mix-up arising from the online examinations site was not intended,’’ he stressed.

When he presented the 2022 revised budget of the state to the Anambra House of Assembly on May 19, Soludo said allocations to Health and Education were increased to accommodate planned recruitment.