Femi, Made Kuti sue for peace in Nigeria 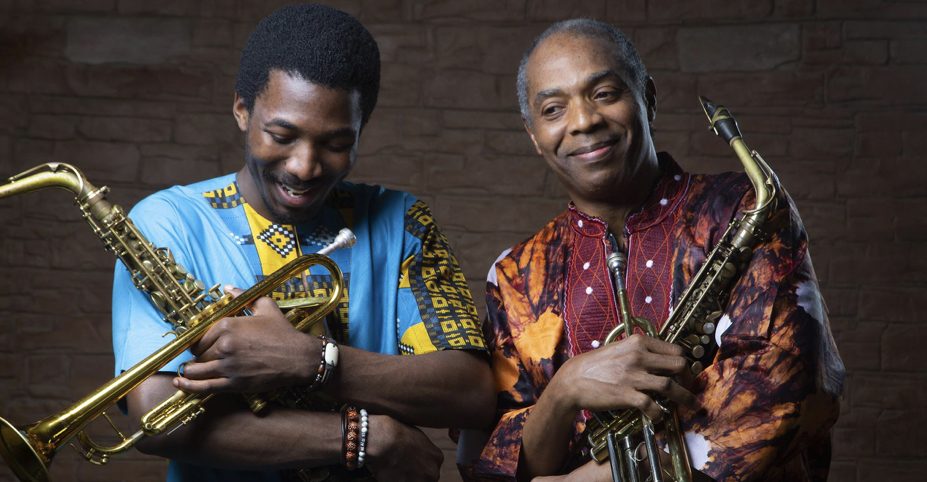 Afrobeat legend, Femi Kuti and his first son, Made on Monday urged Nigerians to embrace peace during their “Father and Son Concert.”

The concert which took place at the New Afrika Shrine, Ikeja began with Made’s performance of songs from the Legacy+ album which he co-released with Femi in February 2021.

While on stage, Made performed a song titled “No more war” and dedicated it to people that lost their lives especially the victims of the massacre in Owo, Ondo State.

Gunmen had on Sunday stormed the St. Francis Catholic Church in Owo and opened fire on the parishioners killing over 50 persons.

“This song I am about to perform is titled ‘No more war’ and dedicated to those that lost their lives especially the victims of the killings at Owo.

“We need to embrace peace, stop the fighting, stop the war and live as one. May the souls of the departed rest in peace,” he said.

Femi, while making reference to the Owo incident, also urged fans and Nigerians to embrace peace, adding that killing one another was not the best way to live.

“Let us enjoy tonight because tonight is one of the most important times in my life. To see my son, our son start to progress into greatness.

“This Shrine has been in existence for 22 years. It is the only symbol in this country that has stood for that long, defending the integrity of the people of this country,” he said.

Femi emphasised that the Shrine needed the love and support of the people more than the money as it had set aside days for free performance.

He also performed “Sorry Sorry” from the same 1998 album and made reference to the situation of the country.

Other songs he performed were “Wonder Wonder” from his 1995 album, “Femi Kuti” and the popular “Beng Beng Beng” from his 1998 “Shoki Shoki” album.

Femi, who will be 60 years old on June 16 was later joined on stage by family members who sang him a birthday song and presented him a new Saxophone as his birthday gift.

Praising the legend, Yeni Kuti said Femi is a breadwinner greatly loved and adored by family but won’t be around on his birthday, which was why he was being presented a Saxophone to replace the old one he had used for 23 years.

Femi and Made then rounded up the show with a performance of “Water No Get Enemy”, a Side B of Fela’s 1975 album, “Expensive Shit.”