'How Catholic Priest Christopher Onotu was abducted in Kogi' 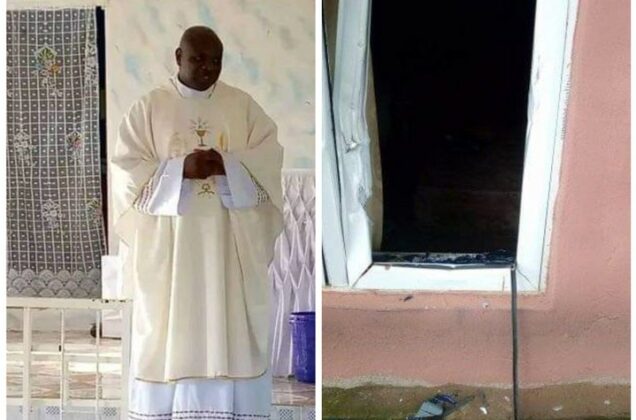 In continuation of the deteriorating insecurity in parts of Kogi, gunmen abducted a Catholic Priest in Obangede, headquarter of Okehi Local Government Area, LGA. Rev. Fr. Christopher Onotu was kidnapped from his church premises on Saturday night.

It was gathered that the gunmen invaded the vicarage at about 9pm and whisked the clergyman away.

However, most of his church members did not get to know till Sunday morning, when the Onotu was absent from mass.

The gunmen had reportedly burgled the window and door to enter into Onotu’s apartment and tormented him before he was taken away.

A member of the Church told our reporter that the hoodlums went away with the priest’s car. “They dropped his two phones but went with the Sim cards.”

The activities of gunmen in the central senatorial district of the state have left residents panicking in the last few weeks.

It would be recalled that barely a week ago, a popular politician and Board member of the Hydroelectric Power Producing Areas Development Commission, HYPPADEC, Ozi Salami was kidnapped on his way to the mosque in Ogaminana.

So far there has been no information on his whereabout, as his abductors were yet to make contacts.

But the Police through its public relations officer, William Ayah says the command is collaborating with other sister security agencies to track the whereabouts Rev. Fr. Christopher Onotu and rescue him unhurt.

The rate of abductions has created panic among residents of the state, who now sleep with one eye open.