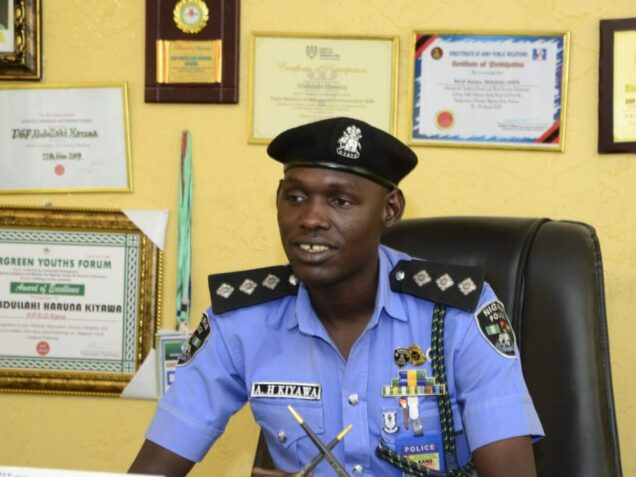 The police command in Kano State has arrested one Hamisu Ibrahim, 55, of Sharada quarters, Kano, who specialised in fabrication and selling of vehicles’ master keys to criminals.

The command’s Police Public Relations Officer (PPRO), SP Abdullahi Haruna-Kuyawa, said in a statement on Sunday in Kano that 29 different master keys were found in his possession.

He said that Ibrahim was arrested during an investigation on alleged car theft by one Ibrahim Usman, 34, of Zaria, Kaduna State.

According to him, Usman was arrested by the police while on routine patrol on BUK road, with a white Toyota Hilux car.

“The suspect belongs to a notorious syndicate that specialised in car theft by removing motor vehicles from where they were parked using master key.

“He was previously arrested for the same offence and charged to court,” he said.

Haruna-Kuyawa further revealed that the arrest and investigation led to the recovery of the following number plates.

“Anyone whose vehicle was stolen and discover its number plate above, should report at the Public Relations Department, Kano State Police Headquarters, Bampai, Kano,” he said.(NAN)