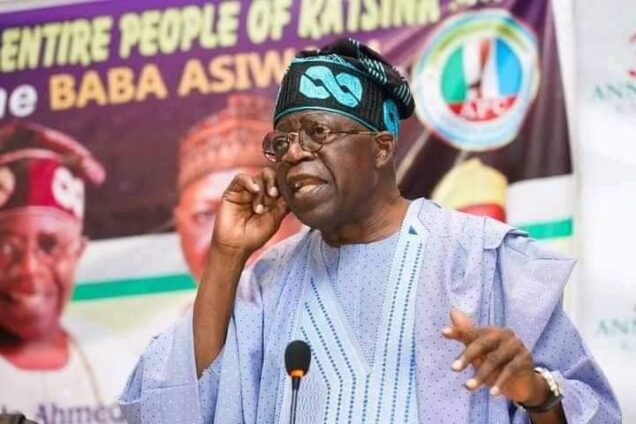 When it was the turn for Fayemi to speak, he said Nigerian needed a man with experience to take the nation to the promised land.

He said he is still young and that he stepped down for Asiwaju Tinubu so that he could emerge presidential candidate of the party.

Fayemi said he had worked with Tinubu during the NEDECO struggle and that he would gladly step down for him.

He called on his supporters to vote support Tinubu.

Also, former Speaker of the House of Representatives, Dimeji Bankole who had earlier spoken came back to the podium to announced that he is stepping down for Tinubu.

He said he wants to grow old and because of that, he is stepping down for Tinubu.