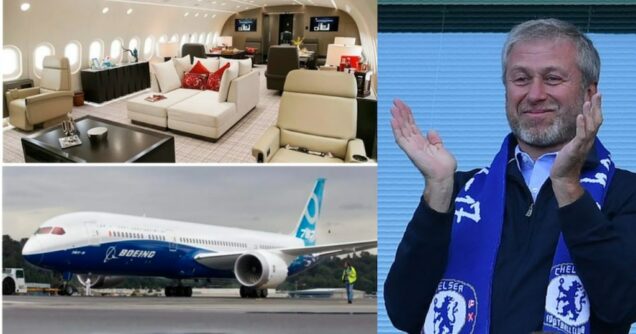 By dpa/News Agency of Nigeria

A U.S. judge has authorized the seizure of two aircraft owned by Russian oligarch Roman Abramovich, for violating export restrictions as well as U.S. sanctions on Russia.

The Department of Justice (DoJ) said a federal judge in New York authorized the seizure requested by federal agents of a Boeing 787-8 and a Gulfstream G650ER.

The aircraft with an estimated combined value of more than 410 million U.S. dollars is owned and controlled by Abramovich, the billionaire former owner of Chelsea Football Club.

The seizure and forfeiture were “based on probable cause of violations of the Export Control Reform Act (ECRA) and the recent sanctions issued against Russia,’’ the DoJ said in a statement.

U.S. authorities charge that each of the two aircraft was flown from a third country to Russia in March.

DoJ said Boeing is currently in the United Arab Emirates, while the Gulfstream remains in Russia.

It was initially unclear how or when the U.S. authorities might be able to seize the aircraft.

However, the ruling is likely to make it difficult to use the planes for international travel in the future.

The U.S. authorities were also seeking fines of up to twice the value of the planes.

Abramovich, 55, is one of the multiple Russian billionaires targeted by sanctions on Russia for its invasion of Ukraine.