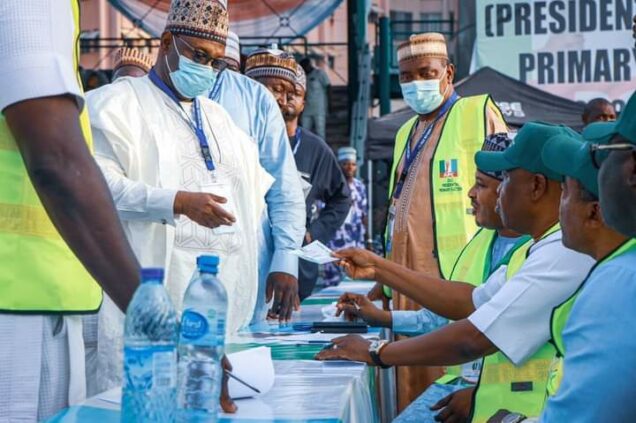 Voting has ended and sorting of ballots has begin in the ongoing presidential primary election of the ruling All Progressives Congress, APC.

A total of 40 ballot boxes were used for the election and the ballot papers are being brought out and given to the agents of the aspirants.

Voting began yesterday evening, but was halted midway for two hours as
agents of one of the leading aspirant, Rotimi Amaechi had complained that some leaders or agents of aspirants were helping others to write the names of those they wanted to vote for.