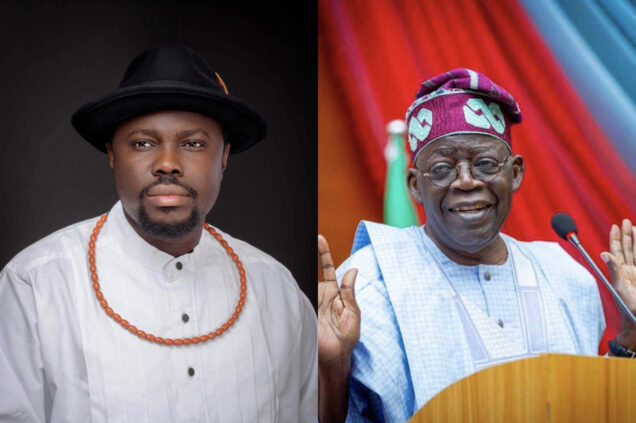 Delta State former gubernatorial aspirant, Chief (Amb) Uba A. Michael has congratulated the National leader of the All Progressives Congress, Senator Bola Ahmed Tinubu, for winning the presidential primary election of the party.

The former governor of Lagos State emerged as the presidential candidate of the ruling party for the 2023 general election, after winning by a landslide.

Uba who attended the convention held at the Eagle Square, in Abuja, alongside other APC stalwarts said Tinubu has the capacity to paddle affairs of the country, “that only a leader with a proven track record of can achieve.”

“Let me be among the first to congratulate our leader and father, Asiwaju Bola Ahmed Tinubu, the flag-bearer of our party, this is a deserving victory, and wish him and our party success in the general election.

“I also want to commend Vice President Yemi Osinbajo and Minister for transportation and former Governor of Rivers State, Rotimi Amaechi, for remaining consistent in action and character throughout the race,” he added.

Indications that the odds would favoure Tinubu began to manifest after some of the aspirants started to stand down their aspiration and declare support for him and urged their delegates to vote for him at the convention.

Tinubu, who was the first to address the special convention, boasted as having the capacity to articulate a vision of progress for the country if elected candidate of the party and ultimately, president of the country.