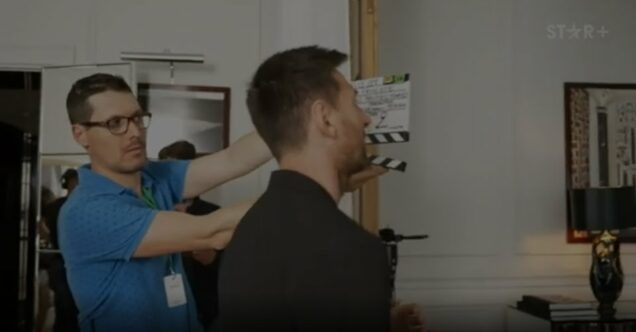 Lionel Messi has made his acting debut in the second season of an Argentine TV series titled Los Protectores.

From the photos posted by The Sun UK, the PSG appeared to be enjoying himself on set as he smiled and laughed his way through the shoot.

Messi has been named as a “special guest” on the show. However, it is not yet clear how much he will be in the movie.

The second season of the show was filmed in various locations around both Buenos Aires and Paris.

The movie, which is due to be aired in 2023, continues to follow three football agents who “face an unexpected threat to their business”.