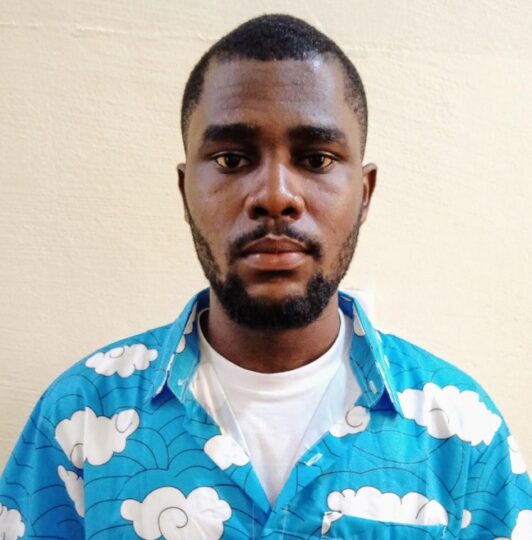 One Obu Ebibo, alias Kenneth Gibson, has been sentenced to one year imprisonment in Rivers over alleged involvement in $680.00 USD fraudulent crypto currency investment.

Ebibo was arraigned by the Port Harcourt Zonal Command of the Economic and Financial Crimes Commission after he was arrested over internet-related offences.

EFCC said its investigation revealed that Ebibo has been involved in internet fraud by falsely presenting himself as one Kenneth Gibson to his victims, thereby defrauding them of the sum of Six Hundred and Eighty United States Dollars ($680.00 USD).

When he was arraigned in court on Wednesday, he pleaded ‘guilty’ to charges of impersonation and obtaining money by false pretence preferred against him by the anti-graft commission.

In view of his plea, prosecution counsel, F .O. Amama prayed the court to convict and sentence the defendant accordingly.

Counsel to the defendant, B .J. Jeoffrey, however, urged the court to temper justice with mercy stressing that, “he is a first- time offender who does not have previous criminal records”.

Subsequently, Justice Obile convicted and sentenced the defendant to one year imprisonment with an option of fine of Five Hundred Thousand Naira (N500, 000.00) payable into the Consolidated Revenue Account of the Federal Republic of Nigeria.

The Judge also ordered that the iPhone X mobile phone recovered from the convict be forfeited to the government.

One of the charges read: “That you Obu Gabriel Ebibo (alias Kenneth Gibson) on or about the 1st November, 2021, in Port Harcourt, within the jurisdiction of this Honourable Court with intent to defraud obtained an aggregate sum of Six Hundred and Eighty United States Dollars ($680.00 USD) on the pretence that, the money was meant for crypto currency investment, a pretext you knew to be false and thereby committed an offence contrary to Section 1 (2) of the Advance Fee Fraud and Other Fraud-Related Offences Act 2006 and punishable under Section 1 (3) of the same Act”.