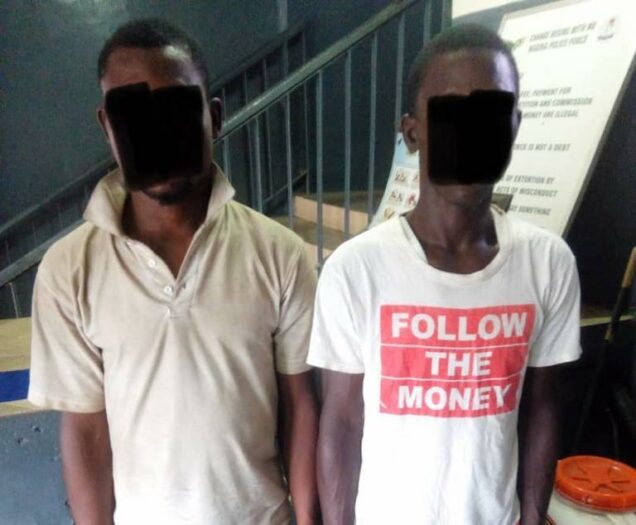 The Lagos State Police Command on Friday said detectives of the State Criminal Investigation Department, have arrested Rafiu Rahaman for faking his own kidnap.

‘Rahaman, 29, is a staff of the Lagos Waste Management Authority (LAWMA).

Lagos Police Command’s spokesman, SP Benjamin Hundeyin, in a statement said Rahaman, after faking his own kidnap travelled to Lugbe, Abuja where he made a video of himself in captivity, which was sent to his co-worker.

“His accomplice Usman Sheidu ‘m’ aged 32 who demanded Five Million Naira ransom but got One Hundred and Fifty Thousand Naira after extensive negotiation, has equally been arrested.

“Investigations reveal that Usman Sheidu who was arrested in Abuja conspired with Rahaman to self-stage the kidnap and make the video that was sent to the co-worker for ransom.

“Usman also confessed to have shared the ransom equally with Rahaman and used his share in acquiring a generator and other items for himself. Suspects will be arraigned in court at the conclusion of investigations,” Hundeyin said.

The Lagos State Commissioner of Police, CP Abiodun Alabi, while commending the detectives for a job well done, reassured Lagosians that perpetrators of crimes would not go undetected and unpunished.