Why I dumped APC for PDP – Senate Leader Yahaya Abdullahi 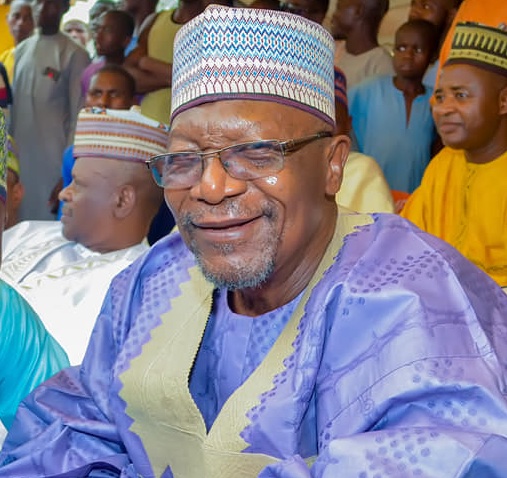 The Senate Leader, Yahaya Abdullahi, said on Friday that he left the All Progressives Congress (APC) due to “injustice” in the Kebbi State chapter of the party.

The lawmaker told the News Agency of Nigeria (NAN) in Abuja that “it was a case of serial denial of rights”.

He said: “Yes, I have left the APC due to injustice by the Kebbi State Governor.

“It is not just injustice; it’s a serial denial of rights and undemocratic rights which we reported to the party for more than 11 months.

“Nobody did anything about the manner the governor handles the party affairs in the state; imposing candidates and doing whatever he wants.

“The national headquarters of the party failed to bring order. We cannot just sit down and mortgage our own political career to the whims and caprices of one man.

“We thought the best thing is to leave the party,” Abdullahi said.

NAN gathered that Abdullahi’s defection may not be unconnected to his loss of the APC governorship ticket on May 26.

Abdullahi failed to get a single vote while the National President of the Nigeria Union of Teachers (NUT), Dr Nasiru Idris, emerged the party’s governorship candidate with 1, 055 votes out of the 1, 090 votes cast.

In his reaction, Yahaya Sarki, Special Adviser, Media and Publicity to Kebbi State Governor, said the allegations by the Senate Leader were not true.

“The governor is a loyal party member that has worked assiduously to unite the party since he came into power in 2015.

“In fact, he has suceeded in wooing many important politicians into the party from the Peoples Democratic Party (PDP),” Sarki stated.

He added that notable politicians had joined the APC because of the purposeful leadership of the governor.

“On the issue of alleged imposition of candidates, the governor has never meddled in the affairs of the party. It is entirely a party and electorate affair to elect candidates.

“In order to carry every one along, whatever decision has to come from the party’s stakeholders which the petitioner or complainant is part and parcel.

“Numerous stakeholders’ meetings were convened to reach a decision on matters affecting the party.

“The governor never believes in one man affair to run the party. All stakeholders are involved in decision making.

“Any time an event, meetimg or any occasion of the party is organised, invitations are extended to all in writing or physically including the complainant.

“So it is just that he may have lost out on the state politics as well as grassroots politics that is why he left the party,” he said.

NAN reports that as the Senate resumes plenary session on Tuesday after parties’ primaries, it will be expected of the Senate Leader to “vacate his seat” as the majority leader in the Senate.