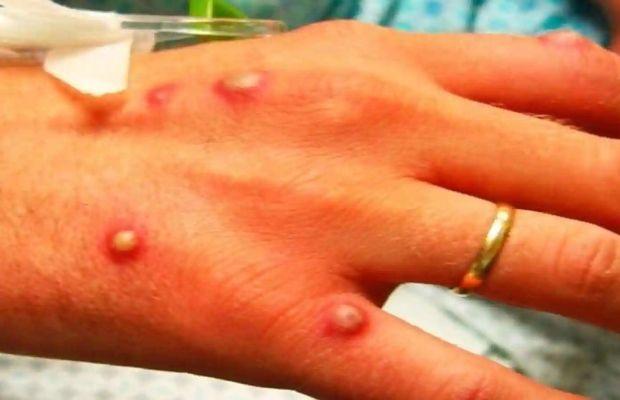 Brazil has confirmed its first case of monkeypox in a 41-year-old man who had travelled to Europe, the health ministry announced.

The disclosure comes as the Nigeria Centre for Disease Control (NCDC) recorded 10 additional Monkeypox cases and one death in the last seven days in the country.

The NCDC disclosed this via its website, in its latest monkeypox situation report released on Friday.

Monkeypox is a rare disease generally confined to western and central Africa. It is related to but less severe than smallpox, causing a rash that spreads, fever, chills, and aches, among other symptoms.

The World Health Organization (WHO) has already registered nearly 1,000 cases of the illness in 29 countries where it is not endemic.

Most of them have been detected in Britain, Canada, Germany, Portugal and Spain.

The first Brazilian person infected had travelled to both Spain and Portugal, the health ministry said in a statement.

He was hospitalised for treatment and was in “good condition,” it said, adding that his close contacts were under observation.

Brazil is the third Latin American country to register monkeypox cases after Argentina and Mexico.

So far, the WHO says no deaths have been reported in countries where monkeypox is not endemic.

However, Nigeria’s NCDC reported one death in its latest report.

“One death was recorded in a 40-year old man, with co-morbidity that was receiving immunosuppressive drugs”, the NCDC said.

It stated that between January 1 and June 5, the country had confirmed a total of 31 cases in 12 states, including the Federal Capital Territory (FCT).

The NCDC also confirmed that no fewer than 110 suspected cases of the disease had been reported in the country, up from the previous 66 suspected cases.

“One death was recorded in a 40-year old man, with co-morbidity that was receiving immunosuppressive drugs.

Cases of monkeypox, a rare, little-known disease, are being investigated in European countries, including the UK, as well as in the US, Canada and Australia.

In the UK, there have been more than 300 confirmed cases in recent weeks.

There are now more than 1,000 confirmed infections, in nearly 30 countries where outbreaks do not usually occur.

Countries including Canada, the United Kingdom and the United States have begun implementing a strategy called ‘ring vaccination,’ to try to halt the spread of the virus.

This involves administering smallpox vaccines — which are thought to be effective against monkeypox, because, the viruses are related to people who have been exposed to monkeypox through close contact with an infected person.