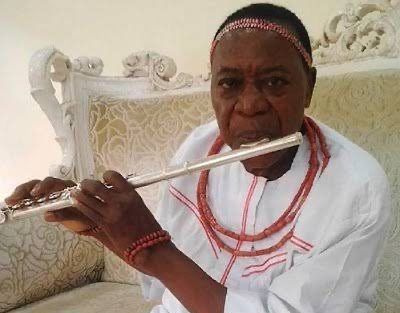 Jaytun Osayomore, son of music legend, Osayomore Joseph, has revealed how his father died in the morning of Saturday, 11 June, at the University of Benin Teaching Hospital (UBTH).

Jaytun who spoke to journalists on Sunday in Benin, said his late father died as a result of a stroke he suffered few weeks ago.

He said the late highlife musician died at the age of 72.

He said: “He passed on around 10 am. He had issues, he had the first stroke attack that we were managing before now. We have been managing it for about a month now. We took him to Benin Medical Centre before he was moved to UBTH.

“He got back approximately a week ago and it got aggravated again, so we had to move him back to the hospital three days ago and he died in UBTH yesterday [Saturday].

He described his late father as” a great teacher”.

“I will miss so many things about him. I will miss his teachings, our discussions, and his jokes. He was so much to us,” he added.

Residents of Benin had on Monday, 7 June, 2021, woke up to the rumours of the death of the ex soldierman and legendary musician.

His fans had started sending condolence messages to his family, when family members debunked the rumoured death of the singer.

Osayomore Joseph and his daughter, Uwa, later that day in a Facebook live post, dismissed the rumour, describing it as “work of rumour mongers.”

“The people spreading the fake rumour are mad. I have been receiving calls from different individuals. They are mad,” Osayomore Joseph had said.

Similarly, Uwa, daughter of the now deceased musician had while denying the death of her father, said: “My dad is not dead, you can hear and see him in this live video.”