Why candidate Obi may fail 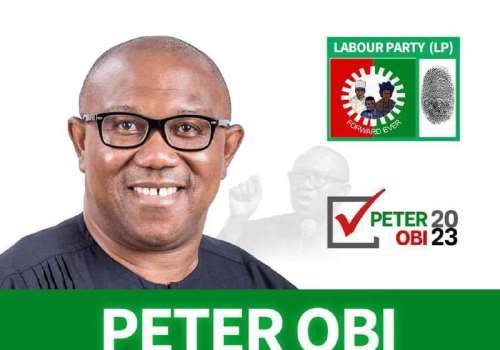 Peter Obi of the Labour Party

After my last Facebook post analyzing the chances of Peter Obi’s Labour Party winning the next presidential election, I received much flak from friends and followers for concluding that his chances were indeed bleak.

The common phrases that were thrown at me include ‘jaundice analysis’, ‘warped reasoning’ and ‘lazy thinking.’ I have sympathy for these friends, many of whom are wary of the two major political parties and see in Obi a chance to change the trajectory of our country.

I agree with them that much. Our country indeed needs to change. We need a break. In the last seven years or so, everything that could go wrong with our country has gone wrong and worsened. The economy has tanked. Public education is increasingly being abandoned for the desperately poor who have no choice. Insecurity has become the norm and people are now inured to the heartrending stories of kidnappings, bombings and killings.

The government has so far failed to tackle these problems. Outside the perfunctory press statements from Garba Shehu and Femi Adesina, there is no sign that the government is aware of the difficulty ordinary Nigerians face, much less how to provide real solutions.
So we indeed need a change.

But while Obi may represent the true fiscal discipline and economic know-how that our country desperately needs, he lacks the political muscle to get elected and push his agenda.

What we practice in Nigeria is regarded as identity politics. Ethno-religious factors triumph over political ideology and economic know-how. This, in simple English, means that people vote based on ethnic and religious considerations more than any other factor.

In the 1979 and ‘83 elections, Chief Obafemi Awolowo and Dr Nnamdi Azikwe were the more knowledgeable presidential candidates on the ballot. They both had a string of university degrees, had written books and had well-articulated positions on the economy and politics. That meant little in the elections.

The political parties of both men were regarded as representing the western and eastern regions respectively and so had little support in the north. It didn’t matter that Awolowo was an economic wizard who could have put Nigeria on the development map, or that Zik was a liberal with no provincial bone in his body. They lost. Twice.

So, being intelligent and saying the right things don’t get people elected nationally in Nigeria. Even a pedigree of accomplishments doesn’t guarantee success in national polls. If it did, Awolowo or Zik would have been elected as President ahead of Shehu Shagari.

The reason for this, if you ask me, is that the Nigerian identity is weak. If you ask people to categorize their identities in order of priority, their ethnicity, religion, and perhaps gender and political affiliation would come ahead of the Nigerian identity. So people tend to have an affinity for political parties that are regarded as ‘’our own,’’ which have been adopted by significant members of their ethnic group.

This is why the political revolution which happened in France with Emmanuel Macron in 2017 is unlikely to occur in Nigeria just yet. France is a highly civilized country with a high literacy rate. Most citizens of the country consider themselves French before anything else. So, what was important to the French voters were the issues of the economy, immigration, continued integration with Europe and so on. Macron has a better grasp of these issues and was therefore elected twice.

That is not the case with Nigeria. A lot of our people are uneducated and un-empowered, and so seek immediate gratifications during elections. They actively seek and get bribed to vote. This is not even an open secret. It is therefore very unlikely for a candidate to win a presidential election based on a superior argument alone. Cash triumphs over reason and long-term good.

Back to Obi, it is hard to see how he can win with the arguments I articulated above, in addition to his lack of widespread support across the country.

Yes, his candidacy is trending online and appears to have become owned by young Nigerians and the ‘endsars’ generation. But I am not swayed. Real electioneering is a different kettle of fish compared to going viral on social media.

Sure, Obi will make a significant impact, similar to what President Muhammadu Buhari made pre-APC when he contested three times and lost. Even then, Buhari had more entrenched support in the north than Obi does have now in the south.
Yet, he lost three times. He only managed to win when he became pragmatic and aligned with ‘strange bed fellows’ – other political parties -to form the APC, a party with national spread and support.

The enthusiasm of Obi’s supporters today is similar to that of Buhari’s pre-APC. With Buhari easily filling up stadia in Zaria and Maiduguri, his fanatical supporters could not but wonder how he lost with such ‘massive support.’ They were fooled by the optics. Outside his home base, the then Candidate Buhari lacked critical support in far-flung places such as Okrika (in Rivers State), Southern Ijaw (in Bayelsa state) and Bende (in Abia), among other places in the south.

Obi’s supporters are in a similar bind, convinced by the swelling online and offline support that their candidate is destined for Aso Rock. But ask them, who is canvassing for Obi in Fika Local government in Yobe, for instance? Or in Gassol Local government in Taraba? Who would get out the votes for him in those places? No one?

The fact is no candidate can win the presidential election without substantial political investments and support from across the country. As it stands now, Obi does not have that depth and plurality of support and so cannot win.

So, I restate that for the opposition to have a chance in 2023, they would need to do what all the legacy parties that gave birth to the APC did pre-2015: merge and support one strong Presidential candidate. Outside that, they stand no chance.