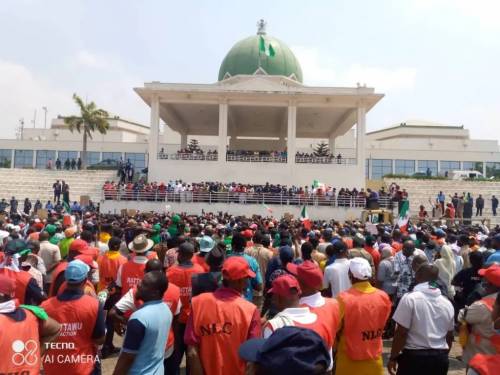 National Assembly workers under the auspices of the Parliamentary Staff Association of Nigeria have suspended their strike action.

He addressed workers at the gate on Tuesday, saying the strike would be suspended till further notice.

Sabiyi said, “Our National President has spoken and we have heard, they said by July, we would get approval and complete the implementation and the allowances would be paid by the end of June.

“For this reason, we have suspended the strike action for now. So, everybody should go and rest, have your bathe and resume the day’s activities.”

The workers embarked on the strike action last Monday, thereby crippling activities at the National Assembly for a week.