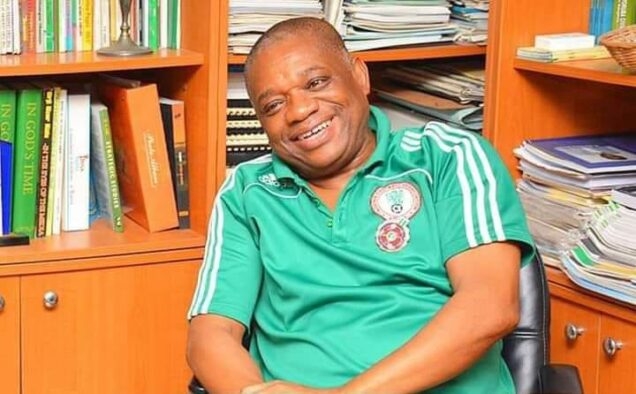 The Chief Whip of the Senate, Sen.Orji Kalu has congratulated the Super Eagles for their 10-0 thumping of Sao Tome and Principe senior national team in the 2023 Africa Cup of Nations (AFCON) qualifiers.

The former Abia governor, who is the Pillar of Sports in Africa, commended the Super Eagles for the feat in a statement issued in Abuja on Tuesday.

Kalu commended the players for the skills demonstrated during the match and urged them not to relent in their efforts to win the trophy in the tournament proper.

The former governor called on stakeholders in the sports industry to sustain their support for the Super Eagles in their football pursuits.

He said: “The victory of the Super Eagles against the national team of Sao Tome and Principe in the 2023 Africa Cup of Nations qualifier is a good development.

“The players and technical crew of the team demonstrated good skills and they made us proud”.