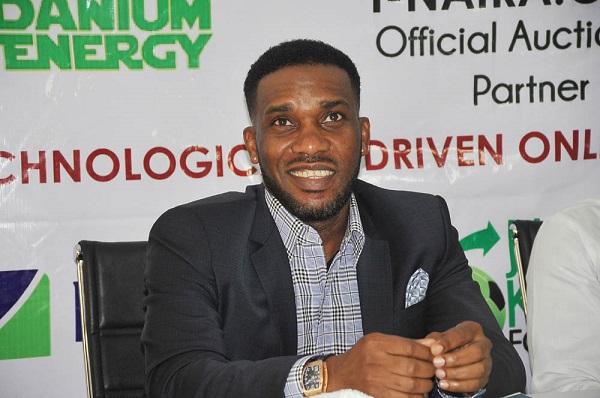 Nigerian football legend, Austin Okocha says his debut goal, an equaliser against the French side, Bordeaux, was the most memorable during his time at Ligue 1 giant, Paris Saint-Germain (PSG).

He said this during the unveiling of So Klin as PSG’s official Regional Partner in Lagos.

Reflecting on his time at PSG, Okocha said the transfer to the French giants had successfully raised his worth as a player, an experience he was grateful for.

“PSG is a club that really touched my life and raised the bar for me. In 1998, I was approached to join PSG and I can say that my former club Fernabache made it difficult to leave.

“The club made it difficult because I just renewed my contract with them for three years. So, they didn’t want to release me to PSG.

“For me, I see the contract as a lifetime opportunity and PSG as one of the best clubs in the world. So, I was interested and I had to leave for PSG even before the negotiations ended,” he said.

Okocha stated that his goal against Bordeaux remained the most memorable in his four-year stint in French Ligue 1.

“I can remember joining PSG without pre-season training and I did not immediately play until the fourth match.

“I was on the bench against Bordeaux and we are losing by 0-1, five minutes to the end of the match, the coach, Alain Giresse, called me to play and I scored a fantastic goal.

“After the goal against Bordeaux, the club knew that I was ready for the challenge. While I was at PSG, I played alongside great players like Ronaldinho de Gucho, Nicolas Anelka and the present manager, Mauricio Pochettino, among others.

“I had a great experience at PSG and that is why till today, I am one of the ambassadors of the club and I feel so fortunate.

“The partnership between PSG and the brand, So Klin, is so important because they are both great brands and I can say that the partnership is here to stay,” he said.

During his playing time at PSG, Okocha won the 1997-98 Coupe de France. He played a total of 84 games for PSG and scored 12 goals across all competitions.