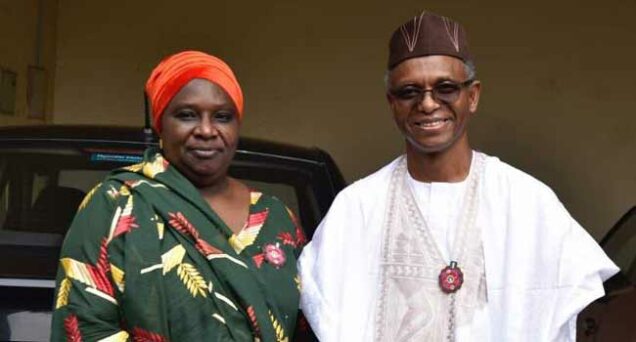 Dr. Hadiza Balarabe, the Deputy Governor of Kaduna state, said that the welfare of women would greatly improve at both national and state levels if the country had visionary leaders.

She made the statement at the swearing-in of political appointees in Kaduna.

Out of 17 Commissioners, there were nine women as members of the Kaduna State Executive Council, she noted that the figure represented about 53 percent of the cabinet.

According to her, the high number of women Commissioners in Kaduna State ‘’is undoubtedly the best in Nigeria, adding that as of now, the state was the “best to be a woman in Nigeria”.

“This is the first time that a woman will be presiding over the Ministry of Local Government Affairs as its commissioner in the history of this state. Before now, it has been the special preserve of men.’’

‘Only Gov El-Rufai can easily dislodge traditionally-held positions that hold back progress and development, like the male ‘ownership’ of the Ministry of Local Government.

“He has done that with so many issues since he became the governor of Kaduna State,’’ she added.

Just last month, she said that another woman, Hajiya Umma Aboki as the Commissioner for Planning and Budget.

Dr. Balarabe advised women appointees not to let the governor down but help “to keep the doors open for more women to come in, not only in Kaduna State but in other states of Nigeria”.