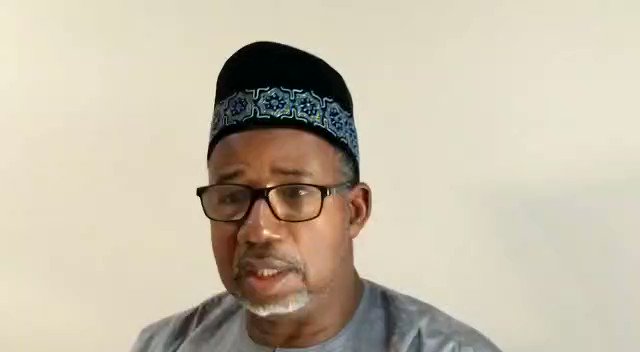 A Federal High Court, Abuja has restrained the Bauchi Government from prosecuting former governors Malam Isa Yuguda and Mohammed Abubakar over alleged misappropriation of the state’s funds and assets.

Delivering judgment, Justice Inyang Ekwo, also nullified the indictment of Yuguda and Abubakar by the state Assets and Funds Recovery Committee set up by Gov. Bala Mohammed to probe the two former governors.

Justice Ekwo, who declared the committee as unlawful, restrained the state from acting on the panel’s report to prosecute them.

The News Agency of Nigeria (NAN) reports that the committee had indicted the two immediate-past governors of misappropriating the state’s assets and funds to the tune of N321.5 billion.

Yuguda and Abubakar had filed the suit to challenge the government’s report in a suit marked: FHC/ABJ/CS/460/2020.

Other defendants in the suit include the Department of State Services (DSS), the Nigeria Police Force (NPF), the Independent Corrupt Practices and other related offences Commission (ICPC) and the Economic and Financial Crimes Commission (EFCC)‎.

They claimed, among others, that not only was the committee set up by the incumbent governor under a repealed law, it was intended to rubbish their reputation.

They added that the committee sat and conducted its businesses, without hearing from them, thereby denying the right to fair hearing, guaranteed under Section 36(1) of the Constitution.

The plaintiffs contended that the Bauchi State Public Property and Funds Recovery Tribunal Law (2017) under which the committee was set up, has since been repealed by the state’s House of Assembly.

They stated that the committee, in its report, allegedly indicted them “of sundry forms of spurious financial fraud, public breach of trust, misappropriation and embezzlement of public funds of Bauchi State,” among others.

In his judgement, the judge held that Bauchi State could not prove that its committee was validly set up.

The judge noted that despite being invited to submit the executive instrument with which it constituted the committee, the Bauchi State Attorney General failed to honour the subpoena and also did not tender any instrument upon which the state acted.

The judge declared that the Bauchi government and security agencies named in case, lacked the “power or authority to initiate or cause to be instituted any investigation against the plaintiffs or their past administrations as governors based on the committee’s report, when they were neither heard nor afforded an opportunity to be heard by the committee.

Ekwo also declared the entire proceedings and the purported report of the committee as unconstitutional, null and viod on the grounds that it violated plaintiffs’ right to fair hearing hearing.

He then issued an order of perpetual injunction restraining the state government and other defendants in the case from initiating or causing to be initiated, and investigation, inquiry against the plaintiffs or their past administrations as governors of the state or prosecuting/arraigning them on the basis of the committee report.