Labour Party not a threat to PDP - Sen. Stella Oduah 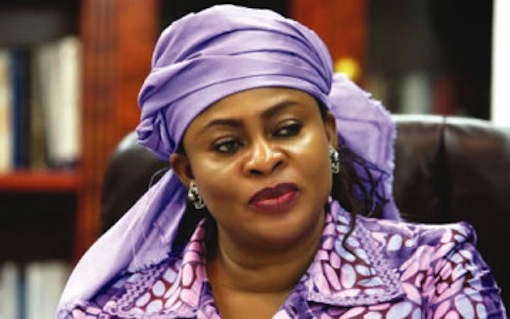 Senator Stella Oduah (PDP-Anambra) says the incursion of the Labour Party into Anambra through former governor Peter Obi as its Presidential Candidate, is not a threat to the People’s Democratic Party (PDP).

Oduah said this at a news conference during the presentation of certificates of return to 30 PDP candidates who won the party primaries for both the House of Assembly and National Assembly on Thursday in Abuja.

About 20 House of Assembly PDP candidates and 10 National Assembly candidates from Anambra North and South were presented with certificates of return.

Oduah said that Igbos should work with a party and candidate that would win the presidency and a party that would take them to the national level.

She noted that it was not the first time a new party would come into Anambra, adding that the PDP had always defeated them.

“This is not the first time a new party is coming to Anambra, we have nothing to fear, politics is local and what we are contesting for is to represent our people.

”Our people cannot leave what they know to what they don’t know. We are not jittery, and we are more than capable to win the election for the PDP,” she said.

Speaking on the certificate of return, she said it was a happy day for them for receiving their certificates, adding that the journey was tedious, saying the supporters had done the right thing by voting them.

“We thank the delegates for voting us, the real election is coming, and we are ready. We will put ourselves together to combat the opposition.

”Anambra is a PDP state, so having this solders with us, you can imagine what will happen when we put our strategy in place, the victory is ours,” she said.

Meanwhile, the senator thanked the Independent National Electoral Commission (INEC), and the PDP for a credible primary.