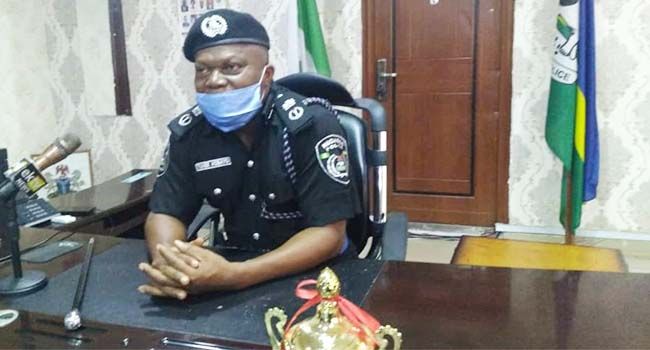 The Ekiti Police Command has announced restriction of vehicular movement in parts of the state for the Ekiti Governorship election on Saturday.

This was disclosed by ASP Sunday Abutu in a statement issued on Friday.

According to him, all entry and exit points into the state will be limited from 12 a.m. to 6 p.m. on Saturday, June 18.

Abutu said operatives of the Nigeria Police Force, the military, as well as other security agencies have been deployed across the state borders to enforce the restriction order.

He said the development is to ensure that criminally-minded individuals do not infiltrate the state and cause mayhem during, before, and after the election.

Abutu said the command has mobilised all necessary assets in partnership with other security agencies to provide adequate security and ensure a free, fair and credible election.

“In view of the upcoming governorship election in Ekiti State, the Inspector General of Police (IGP) Usman Alkali, through the Deputy Inspector General of Police (DIG) Johnson Babatunde, who is the election security Commander, has assured the public of the Force’s readiness to perform its statutory duty of protecting the lives and properties of law-abiding citizens of the State throughout the period of the election and beyond.”