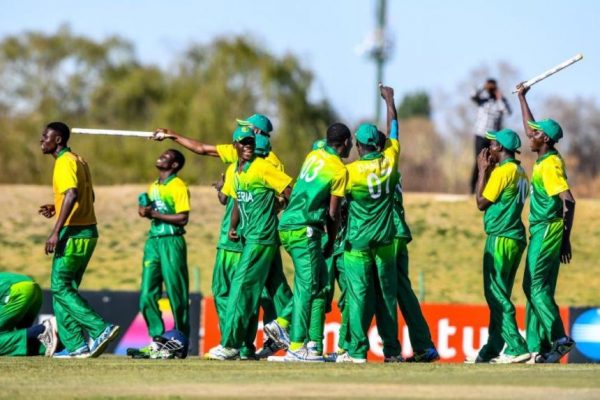 Nigeria beat Brazil by 30 runs to finish fifth at the ongoing KwibukaT20 Cricket Tournament in Kigali, Rwanda on Friday.

Earlier in the tournament, Nigeria was on top of the log. But with only three wins in seven matches, the team dropped down the table as they had to face Brazil again to jostle for the fifth spot.

Nigeria had earlier beaten Brazil in their first game of the tournament by eight wickets, and the game on Friday was no different.

Again, Nigeria won the toss and opted to bat.

Nigeria scored 113 runs for the loss of four in 20 overs. The second innings saw Brazil resume batting, scoring 83 for seven in 20 overs.

They ended up scoring 83 runs for the loss of seven in 20 overs for Nigeria to win by 30 runs.

At the end of the game, Etim lauded her teammates’ efforts, adding that the team would go back home to the drawing board.

“I appreciate the players, we all worked together to achieve this.” We will go home and work on our errors and come back stronger.

“Also, I appreciate Uyi Akpata, the president of the Nigeria Cricket Federation (NCF), for his support. On behalf of the team, we say ‘thank you,’ ” Etim added.

On her part, Robertamoretti Avery, the captain of Brazil, also appreciated her team’s efforts and thanked the Rwanda Cricket Association (RCA) for organising the event.