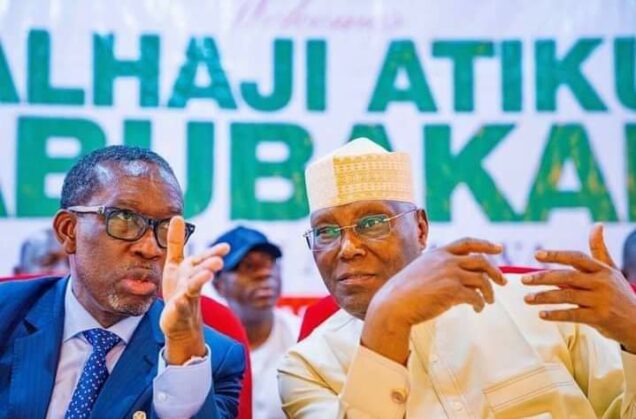 The Nigeria Ethnic Nationalities Youth Leaders Council (NENYLC), on Friday, applauded the People’s Democratic Party (PDP) for the choice of Governor of Delta, Ifeanyi Okowa, as its Vice Presidential candidate.

In a statement in Abuja, the President of the group, Mr. Terry Obieh, said that the step is in the right direction.

“I heartily congratulate Dr. Ifeanyi Okowa of Delta on his successful selection by the leadership of the PDP as Vice Presidential candidate to Alhaji Atiku Abubakar, Former Vice President of the Federal Republic of Nigeria.

“Gov. Okowa’s selection is predicated on his outstanding contributions to the noble development of Delta and by extension the Nigerian nation at large.”

According to Obieh, the group is proud of Okowa’s uncommon landmark achievements and unequalled antecedents.

He said this contributed immensely to his nomination and eventual selection as the best bet for the position of Vice Presidential candidate of the PDP.