Akeredolu: Nigerians must be prepared, terrorists lurking in our forests 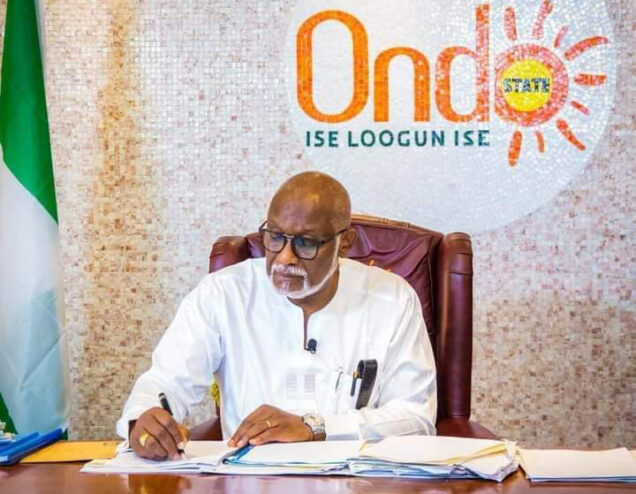 Ondo State Governor, Oluwarotimi Akeredolu, said the time is ripe for Nigerians to be trained on basic civil defense in the fight against terrorism.

The governor reiterated that the people must be prepared because terrorists are lurking in the Nigerian forests.

Akeredolu also appealed to the international community to help Nigeria in the fight against terrorism.

He noted that the country must now accept that it is dealing with terrorism, adding that the June 5th attack in Owo was perpetrated by terrorists.

The Governor spoke on Monday while receiving members of the Council of the All Saints Church, Jericho, Ibadan who came on a condolence visit to the Governor. The team was led by the chairman of the Council, Dr. Onnuola Adewunmi.

Akeredolu said: ”We have terrorists in Nigeria. We need the world to assist Nigeria. If Nigeria doesn’t want it, Ondo State wants it. They still attacked somewhere in Ogun State recently. There are terrorists lurking in our forests.”

The Governor harped on the need for Churches to install CCTV as part of the security measures to prevent the reoccurrence of the Owo terror attack.

Arakunrin Akeredolu thanked members of his Church for deeming it fit to pay the state a condolence visit all the way from Ibadan.

“I belong to a church that I am very proud of. And that church deemed it fit at this time in our state to pay a condolence visit. I thank you”, the Governor said.

Earlier, the chairman of the Council, Dr. Onnuola Adewunmi, who commiserated with the Governor and the people of the state in general over the Owo massacre, assured that the church would intensify prayers for the state.

He prayed for improved security in the country and restoration of the lost values in the land.

The team also presented a token for the victims of the Owo terror attack and prayed against such calamity in the state.