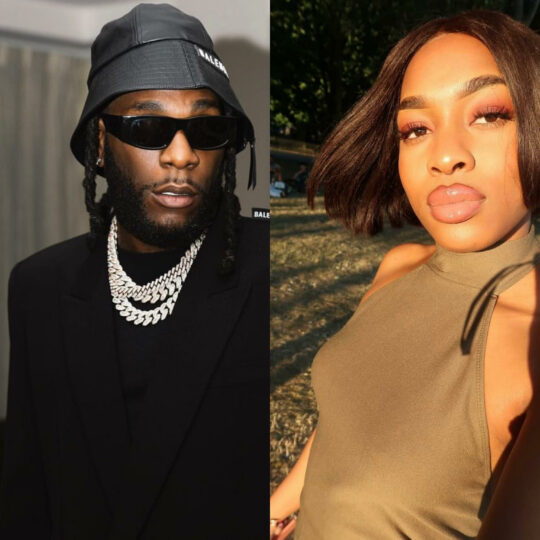 A London-based Nigerian lady, identified as Briella Neme, has narrated how Burna Boy and his security detail ruined her vacation in Lagos.

Recounting the incident that went viral last week, she disclosed that she is traumatized and hurt by the actions of the singer, his friends and the owner of the club, Obi Cubana.

Briella wrote “After taking time to heal and process the events that occurred between my partner, my best friend and her husband and @burnaboygram at cubanagroup @cubanalagos night club in Victoria Island, Lagos.

“We were visiting Nigeria from America and London for our childhood friend’s wedding. On the 8th of June 2022, Burna Boy and his friends opened fire at us in @cubanalagos. My partner and his friend were shot, with both needing urgent medical care.

“A bullet grazed my partner’s head and our friend was shot in the thigh, leaving him hospitalised and needing emergency surgery in Nigeria.

“Around 3 am, I went to the Cubana club with some of my friends, We were there for a couple of hours celebrating the newlyweds, we were about twenty at the club and were having a nice time in the VIP section. We were laughing, drinking, and having a good time.

“Burna Boy and his friends came in. We were still there, having fun. As the night progressed, one of Burna Boy’s friends walked over to talk to me, his request was for Burna Boy to talk to me.

“On that first attempt, I told him I wasn’t interested in talking to Burna Boy, and that I am married to my partner. He came again the second time and was met with the same response, he came the third time and that caused a few of our friends to flare up as they asked why he kept coming to disturb me.

“There were words back and forth and one of Burna’s friends attacked one of our friends, and as they attacked him, the situation degenerated into a fight.

“As they were fighting, Burna Boy’s friends started shooting after what seemed like a signal from Burna Boy. At this point, the club was in chaos, everyone was screaming and trying to vacate the premises.

“I couldn’t find my partner or my best friend. I was screaming for help after being lifted and thrown so hard on the floor by one of Burna’s friends, and I hurt my left shoulder.

“All our private police officers were not allowed into the club, so it was left to us to fight for our lives. One of our friends @theflowolf was trying to get Burna Boy to calm the situation, but he only laughed at him and proceeded to get in his car whilst being protected by his security.

“The shootings happened twice at different times. His friends were also shooting at people trying to evacuate the club through the main entrance. They were out toto kill and didnt care who got hit.

“My partner’s head was bleeding profusely and his friend lost so much blood he needed a donor as soon as he got to the hospital.

“Burna Boy left Cubanalagos without a scratch and flew out to Spain the next morning. Obi Cubana only reached out to us four days after the event claiming he had no idea and would do everything to get us justice for attempted murder.

“Eleven days later, there has been no CCTV footage released by the club or even a statement to address the incident publicly. Business has carried on as usual for him,

“Even after leaving the club to safety outside, or at least I thought I was safe. The same man that initially approached me on behalf of Burna Boy saw me and said óh you are the one that was doing shakara abi’, then he reached into his bottoms to get something resembling a gun.

“Luckily at this point, my friends found me and pulled me away just in time. He retracted and got into a car and left.

“To sum things up, I’m traumatised. I have broken down everyday since then. The random flashbacks and nightmares. Especially after seeing Burnaboy’s response. The lack of remorse or accountability is beyond me. At least two people could have died that night.