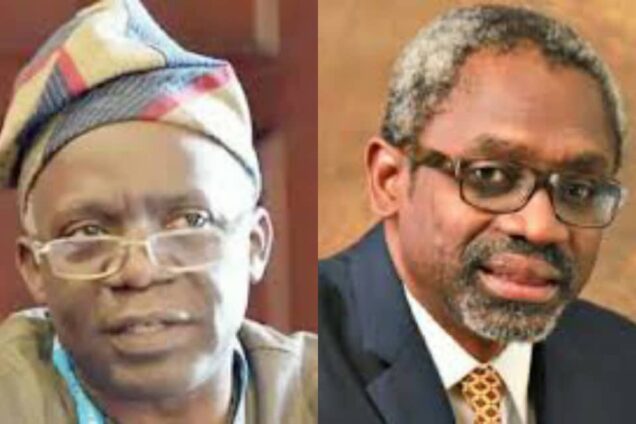 Human rights activist, Femi Falana has issued seven days ultimatum to the Speaker of the House of Representatives, Femi Gbajabiamila to furnish him with information on the Electoral Offences Commission (EOC) Bill or be prepared for legal battle.

Falana, in a letter to Gbajabiamila, dated June 17, 2020, said he wrote to the speaker in pursuant to the Freedom of Information Act, 2011.

He said the Independent National Electoral Commission (INEC) was empowered to prosecute electoral offenders under section 150 of the repealed Electoral Act 2010 as amended.

“But the INEC was unable to discharge the statutory duty due to alleged lack of wherewithal. Hence, its failure to prosecute even one per cent of the 870,000, 900,000 and 1,100,000 million electoral offenders arrested during the 2011, 2015 and 2019 general elections respectively.

“In order to stop the increasing wave of electoral impunity the Senate passed the Electoral Offences Commission Bill on July 14, 2021 and forwarded same to the House of Representatives.

“But the Bill has been ignored due to reasons best known to the members of the House of Representatives under your watch.

“Hence, section 145 of the Electoral Act 2022 has vested the Independent National Electoral Commission with the statutory duty to prosecute electoral offenders in the Federal Capital Territory and the 36 States of the Federation,” he said.

Falana said even though sections 114-121 of the Electoral Act had made adequate provisions for electoral offences, the Independent National Electoral Commission did not have the capacity to arrest, investigate and prosecute electoral offenders.

He stated that in the atmosphere of official impunity, the leading members of the political class had engaged themselves in the dollarisation of the electoral process, vote buying, intimidation of political opponents, killing and thuggery, ballot snatching, among others.

“In view of the foregoing, we are compelled to request the Honourable Speaker to furnish us with information on the Electoral Offences Commission Bill passed by the Senate and forwarded to the House of Representatives since July last year.

“As this request is made pursuant to the Freedom of Information Act, 2011 you are requested to provide the requested information within seven days of the receipt of this letter.

“Take notice that if you fail or refuse to accede to our request, we shall not hesitate to file an application for mandamus at the Federal High Court to compel you to disclose the requested information,” he said.