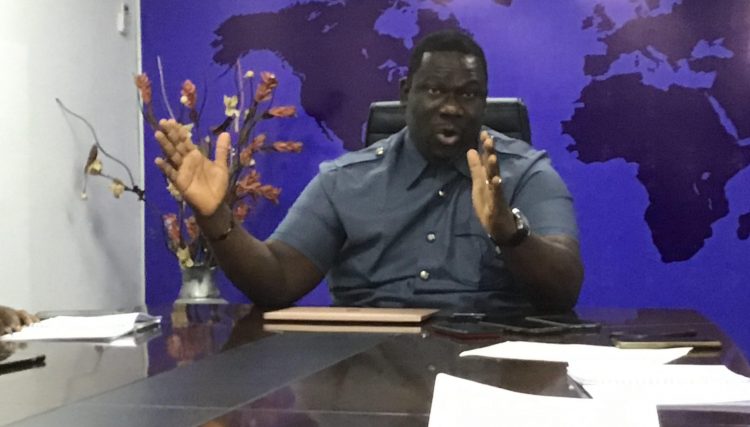 The Inspector General of Police (IGP), Usman Baba has ordered Zone 2 Command to withdraw the suit filed at the High Court of Lagos against the Managing Director, Masters Reality International Concepts Limited, Lai Omotola as the documents used in filing the case were forged.

This is contained in the certified true copy from the IGP’s office forwarded to Omotola who had demanded for the true copy of the investigation from the IGP’s office which confirmed that CSP Alabi Akinjide had forged documents which the Lagos State Government used in filing criminal case against Omotola in respect to a disputed land at 63 Iju road, Agege.

Omotola had last week accused the Lagos Attorney General (AG) and Commissioner for Justice, Moyosore Onigbanjo of using forged police documents to file criminal charge against him in court.

The letter said it was observed that the counter petition by Bar. Adeniyi Odunsi investigated by CSP Akinjide against the complainant (Omotola) was not formally received with official stamp and at the same time no minute of approval by the Assistant Inspector General of Police, Zone 2 as admitted by Alabi.

“Given the circumstances surrounding this case and findings, it is obvious that Zone 2, Onikan, Lagos conducted a shoddy and lopsided investigation of the case initially reported by the complainant against CSP Yinka Egbeyemi and Mr. Owolabi Arole, the Head of Lagos State Taskforce on Land Grabbing who supervised the demolishing of the structures erected by the complainant and made a newspaper publication to that effect on Monday 27th, January, 2020 in Punch Newspaper.

“The suspect’s refusal to report at Zone 2 to respond to the allegations reported by the complainant and the discontinuing of investigation of the case by police to a logical conclusion without reasonable cause suggest that the investigation was inconclusive,” it said.

The IGP recommended that “in the interest of fairness and justice, the charge filed at High Court of Lagos State against the complainant be withdrawn by Zone 2 and the entire case be re-assigned to Force Criminal Investigation Department (FCID) for thorough and comprehensive investigation of the case of malicious damage, threat to life and conduct likely to cause breach of public peace as reported by the complainant while the police should stay away from the dispute of ownership of land which is civil and already pending before a court of competent jurisdiction.”

Omotola had last week said on the 8th of June, 2022 a bench warrant was issued against him from the court of Honourable Justice Olatunde Oshodi and that on the 10th of June, 2022, his lawyers filed a motion for stay of execution in front of the same judge which still subsisted.

He said it had become apparent to him how the AG had been allegedly hell-bent on using the judiciary to embarrass his person and send put him in custody for his own selfish and personal interest.

“On the 20th of January, 2020 I received a call from one of our security men from our property at 63 Iju road, Agege that staff of Lagos State were at our premises demolishing our property. All efforts to stop them came to no avail.

“The next day my attention was drawn to a Punch newspaper report where the coordinator of Lagos State Taskforce on Land Grabbing demolished the property and had since returned the land to the rightful owner in the person of Mrs. Olatokunbo Williams and that  me Lai Omotola is a land grabber.”

He added that the IGP ordered a thorough investigation and was discovered the CSP obtained an unapproved petition from a suspect “in my own petition by the name Mr. Niyi Odunsi upon which all other documents were forged. Upon this realization, the office of the IGP wrote a letter to the AG informing him that all documents were forged and that no police formation carried out any investigation on what generated a charge.”