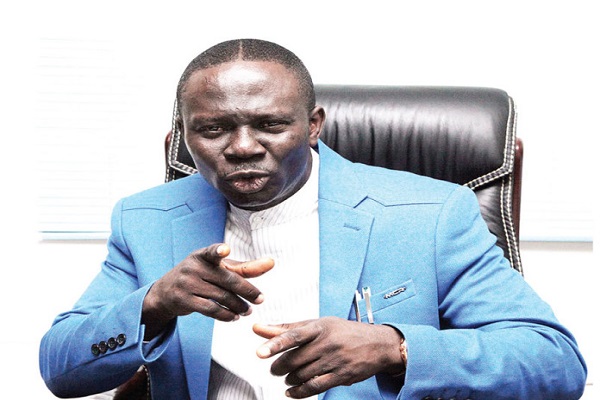 Prince Kassim Afegbua, a leader of the People’s Democratic Party (PDP) in Edo State, has announced his resignation from the party.

In a letter addressed to the PDP Chairman, Ward 5 Okpella, Edo State, Afegbua announced his resignation from the party on Monday.

According to him, the decision to leave the party came from his long-held position “that it is the turn of the Southern part of Nigeria to produce the next president”.

This, he said, is in line with the provisions of Article 7 of the party’s constitution.

The letter from Afegbua, a former spokesperson to the presidential candidate of the Peoples Democratic Party, PDP, Abubakar Atiku, reads:

“Dear Chairman, Let me use this medium to convey to you, my resignation from being a member of the Peoples’ Democratic Party, Ward 5, Awuyemi, Okpella.

“My reason is borne out of my long-held and well-publicized position that it is the turn of the Southern part of Nigeria to produce the next president, in line with the provisions of Article 7 of the party’s constitution.

“Since the party has jettisoned the provision and manipulated the convention by eliminating zoning, my aspiration as a member is impaired.

“The same party that eliminated zoning has all of a sudden, settled for a running mate from the South in the person of Senator Ifeanyi Arthur Okowa. I would have thought that having eliminated zoning, the candidate would choose his vice from any part of the country; including the zones of the North.

“This reality presents a hypocritical emanation that can neither stand the true test of justice, fairness, and equity nor prospective legal challenges.

“For the above reasons only, I align myself with the considered standpoint of the APC Northern Governors who spoke so eloquently about the need to allow power to rotate to the South, in the true spirit of fairness, equity, and justice.

“The considered and patriotic position of the APC Northern Governors remains unassailable, and I wholeheartedly align myself with their position; taking into account the heterogeneous configurations of Nigeria.

“This is without any affiliation or involvement with the APC, whose hitherto uninspiring leadership I have been a vocal critic of or any other political party. What the PDP power apparatchik has done was to supplant justice with injustice in its desperation to return to power. Power for power’s sake without recourse to the psyche of its members and the equability of power acquisition and distribution is an invitation to political instability.

“In arriving at this decision, I have interrogated all the scenarios and situations, and come to the conclusion that a healthy and robust political engagement derives from justice, respect for internal rules and regulations, and adherence to constitutional provisions rather than manipulation of processes to suit the aspirations of a few.

“I will remain true to my conscience and be driven by my convictions. If it was about self, I would be comfortable remaining within the party and patronizingly readjust my sensibilities to praise and worship the candidate.

“But, by my orientation and background, I will be in constant conflict with my conscience if I ignore the therapy of balancing the political algorithms of a plural society that Nigeria has been.

“Ward Chairman, Sir, thank you for the support you have always given me; first, for standing down all pressure to suspend me when I took on Governor Obaseki in 2020, and many other times.

“Needless to say that all my predictions have come to pass, and those who insulted me in 2020 have also apologised in 2022; having now witnessed the instability within the Edo PDP as a result of Governor Obaseki’s overarching conduct. Politics must be played with some principles and certain convictions to free one’s conscience from conflict.

“Thank you for the opportunity and remain blessed. I hope that our political paths will cross again in the future” it read.