How Femi Soyinka used his medical profession for justice 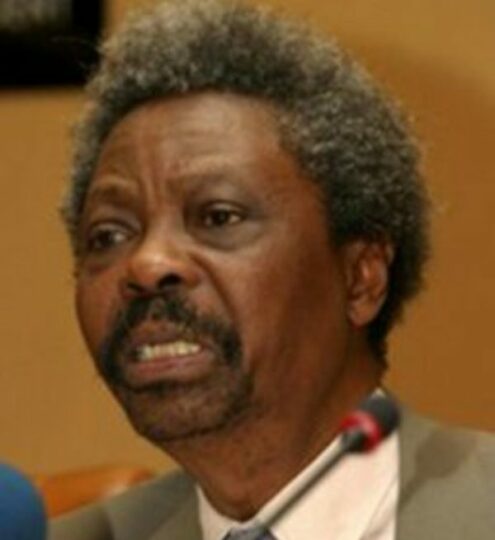 Professor Femi Soyinka who died on 14 July, used his medical profession to ensure justice for the helpless.

The Professor of Dermatology, Venereology and Clinical Immunology and Provost of the College of Health Sciences of Obafemi Awolowo University, Ile-Ife, demonstrated this when the Police killed four students of the institution on June 7, 1981 as was revealed by a student of the school in that period, Owei Lakemfa, writer, labour and human rights activist, in an article.

While the Police claimed the students died of electrocution, Soyinka made sure he explored all possible sources of evidence. He sent a Senior  Mortuary Attendant, Mr Lamidi Adediwura, to testify, a development that shocked the pro-government pathologist, Dr William Olufemi Odesanmi, and the Police.

As Lakemfa narrated: “I recall an incident. On May 31, 1981, a 23-year-old Part II History student, Bukola Arogundade, of Room 200, Awolowo Hall was abducted in Ile-Ife town and his head severed.

On June 7, 1981, the student populace decided to organise a procession to participate in his funeral. But the police led by Chief Superintendent of Police, Francis Osenweneiwe Ogbechie, who had ruled the procession illegal, laid ambush for the students at the intersection of the town and Ondo Road, near the Mayfair Hotel.

The government immediately announced that they did not die from the police attack, but through electrocution. It produced a Police Constable No 63591, Peter Ighotegha Ofrukama, who claimed that when his team got to the dead students, he touched the head of Miss Ojewole and received an “electric shock.”

The student populace and the university community would not buy this, arguing that if the four students were electrocuted when they touched each other, why was Ofrukama who pursued the students and claimed to have also received the electric shock alive and well?

They felt the government would seek to work to the given answer; that the students were electrocuted.

The Police turned to Dr William Olufemi Odesanmi, a pathologist in the university who also worked for the police, to perform a post-mortem on the four students. His verdict was electrocution. Professor Femi Soyinka, who was the University’s Medical Director and Dean of the Faculty of Health Sciences decided to bring all possible evidence to light. This was by the Vice Chancellor’s appeal that the Government Tribunal of Inquiry into the deaths should be assisted in all ways.

One of the steps he took was to get the Senior  Mortuary Attendant, Mr Lamidi Adediwura available to give evidence. But Dr Odesanmi became panicky. He petitioned the Vice-Chancellor alleging  that  Soyinka was trying to get the tribunal to obtain: “medical evidence from an illiterate attendant.”

He claimed that Soyinka’s action in sending the Mortuary Attendant to the Tribunal amounted to: “depriving a citizen of his right to liberty and right to earn a living.” He said the action also amounted to a threat to his life adding that: “Prof Femi Soyinka, my Dean, will have a case to answer should anything happen to me.”

But Soyinka was not deterred and insisted that all witnesses must be brought to the tribunal even if their evidence contradicted claims by other witnesses. Later, there were questions on the forensic report, but the partisan Tribunal Chairman, Justice Salihu Moddibo Alfa Belgore rejected the appeal to recall Dr Odesanmi.”