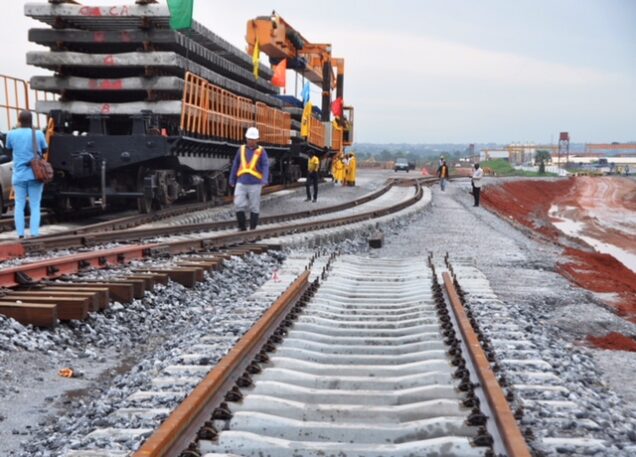 The Federal Government has announced that the rail track leading to the Apapa Port Terminals would be finished in two weeks.

Senator Gbemisola Saraki, the Minister of State for Transportation, announced this on Monday during a tour of the Apapa port’s continuing rail development.

Gbemisola, who led some officials from the Federal Ministry of Transportation to the port terminals via the Mobolaji Bank Anthony Rail Station, said Mr Xia Lijun, the Project Manager of China Civil Engineering Construction Company (CCECC), had assured her of its completion.

She said; “As you can see, the building belonging to the Nigeria Customs Service Scanner Centre needs to be pulled down, but there have been issues surrounding it.

“I have been able to see the situation and upon my return to Abuja, the ministry will meet with the Management of NCS and the Nigerian Ports Authority.

“Before the end of next week, the solution to improve the construction of the Apapa rail track will be provided, and the rail will be operational in two weeks”, she said.

Saraki also revealed that the Customs scanner centre will be demolished to create more space for the rail tracks.

According to her, it is imperative that the demolition is done safely without destroying the customs equipment.

She added that the ministry would come back for inspection to ensure that the scanners were relocated to a safer place.