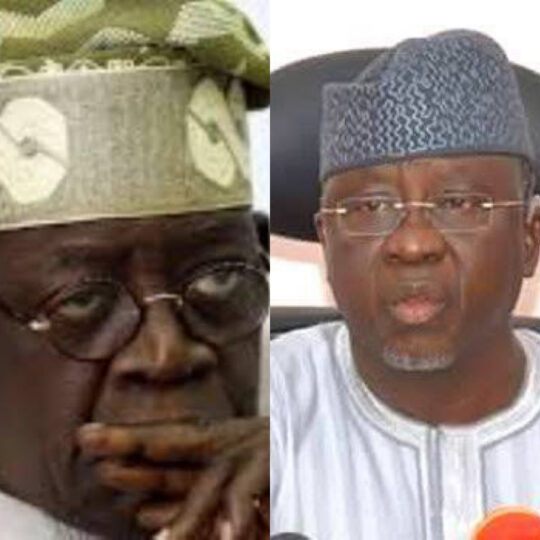 Sen. Umaru Al-Makura (APC- Nasarawa) said the choice of Sen. Bola Ahmed Tinubu as the presidential candidate of the All Progressives Congress (APC) is the best for Nigeria at this time, given his pedigree.

Al-Makura who is a member of the ‘Think-Tank of Tinubu for President’, stated this at a meeting with various support groups from Nasarawa State for the candidate on Tuesday in Lafia.

According to the former governor, “Tinubu is a soldier of democracy who alongside other patriots fought for democracy at the riskiest period.”

He added that the APC presidential candidate had transformed Lagos State as its governor from 1999 to 2007 to what it is now.

“Tinubu will perform the magic he did to ensure law and order which transformed Lagos State if elected in 2023.

“He has paid his dues to ensure democratic government in the country and it is the right to elect such a person as the president.

“Tinubu is a man of ideas and will roll out ideas and assemble a strong team that would tackle the insecurity and economic problems facing the country if elected in 2023” Al-Makura added.

The former governor also lauded the delegates from the state who voted for Tinubu during the recent convention of the party in Abuja.

Al-Makura said that the campaign organisation of Tinubu is ready to partner with every group to ensure a landslide victory for their candidate in the state.