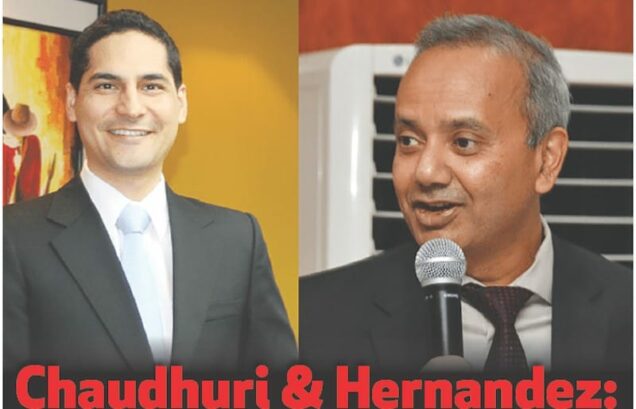 In petrol stations of major cities in Nigeria, serpentine motor queues have re-surfaced. The few stations that sell make motorists pay between N170 and N180 above the normal N165. It is what many critics see as a precursor to an increase in the pump price of petroleum products. And since last year, the Federal Government has been gauging public mood, about whether or not subsidy on petrol should be removed.

As the crisis is biting the people, World Bank’s Country Director for Nigeria, Shubham Chaudhuri and Marco Hernandez, the institution’s Lead Economist for the country, have spoken strongly in support of subsidy removal. They argued in a Thisday interview that one transmission channel that “we have been discussing is the fiscal channel.” They added that it’s mostly negative because of the petrol subsidy. Petrol subsidy means that whatever revenues Nigeria was expected to collect are being watered down as a result of the resources that go to pay for the petrol subsidy. “So, that is our main message on the fiscal side…”

According to Hernandez: “There are several transmission channels that we have to take into account when thinking about how higher oil prices will translate into the Nigerian economy. The first one is through the external sector. As you know, most of the exports of Nigeria, more than 80 per cent come from the oil sector. Higher prices of oil would increase the value of Nigerian exports. But there is one thing that cuts across the outlook for the oil sector and that is how much oil Nigeria is producing. Production in Nigeria has been trending downward in the past two years, not only because it’s below the quota that the Organisation of Petroleum Exporting Countries (OPEC) set, but also because it is one of the lowest production levels in more than three decades.

Even if the prices of oil have increased substantially, the fact that we’re now producing less than before means that Nigeria is not benefiting as much. Now on the external side, they still benefit from higher oil prices and that means that they have higher exports which help them with their current account balances. That means that Nigeria requires less external financing for the investment that it makes. The second channel is the growth channel. Now on the growth channel, the oil sector as I mentioned before, has linkages with the non-oil sector. So, whatever happens in the oil sector creates expectations for the non-oil sector counterparts that have interactions and transactions with the oil economy.

A big one is the financial services sector because around one-third of all loans in Nigeria are tied to the oil sector. So of course, if that sector is doing well, then the financial sector will have more resources to lend further to other sectors that are not related to oil which will also spur growth in these other sectors whether it’s construction, retail, trade, transportation services and telecommunications and so on. So, the third channel is the channel that has to do with prices which link to inflation and higher oil prices, especially because Nigeria exports oil, but imports petroleum products, including gasoline and petrol.

So, because those prices are higher, that means that there is also upward pressure on prices and that trickles down to the entire economy because transportation costs go up, which makes you feel food inflation, and so on. One transmission channel that we have been discussing is the fiscal channel. It’s mostly negative because of the petrol subsidy. Petrol subsidy means that whatever revenues Nigeria was expected to collect are being watered down as a result of the resources that go to pay for the petrol subsidy. So, that is our main message on the fiscal side in the NDU and one that we hope gets turned around so that Nigeria can eventually use fiscal policy as an engine for growth because, without resources, Nigeria cannot promote growth through investments in critical infrastructure and human capital that it requires for the medium to longer term.”

Read the full interview in Thisday