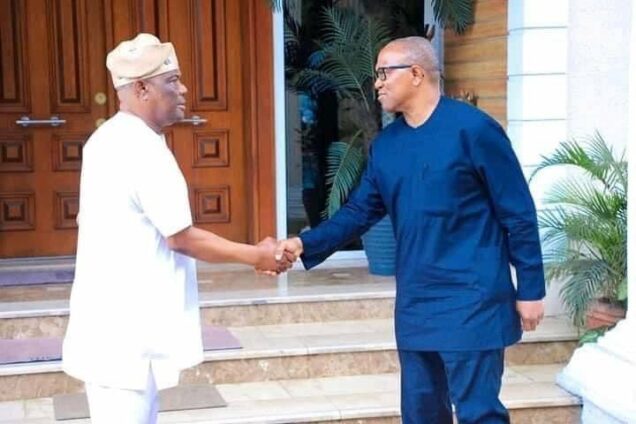 The closed-door meeting fuelled speculations that Wike might end up supporting the candidacy of Peter Obi.

What transpired at the meeting were unknown, but it might not be unconnected with the race for the 2023 presidency.

The duos, however, did not speak to journalists about the purpose of the meeting.

Obi simply posted the photos on his Twitter handle and wrote: “Earlier today, I visited Port-Harcourt, to confer with H.E. @GovWike on vital issues of national interest.”

Wike had lost the PDP presidential ticket to Atiku Abubakar and is still bitter that his Southern colleagues betrayed him.

He also lost the vice presidential ticket to his counterpart in Delta, Governor Ifeanyi Okowa.