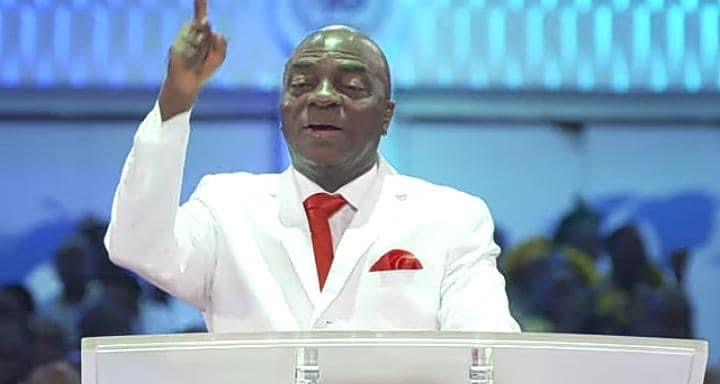 The Presiding Bishop, Living Faith Worldwide, David Oyedepo has been in the news for a while now. He has been very outspoken in recent time against evils and happening in the country and he never minced words when he attacked President Muhammadu Buhari’s government, describing it as the worst in history.

But what is glaring is that after terrorists attacked St. Francis Catholic Church, Owo on June 5, killing 40 people and injuring many, Oyedepo who was very angry cursed the attackers and prayed for their arrest.

The garrulous preacher then said if the Owo attackers were not arrested within seven days, then he was not set by God.

Few days after his declaration, Oyedepo, during during the church’s Covenant Hour of Prayer (CHoP) on Saturday gave a false testimony that the Owo attackers had been arrested less than the seven days he prophesied.

This was a day after the Ondo State Police Command debunked rumours that the attackers had been arrested.

The state Police Public Relations Officer, Mrs Funmilayo Odunlami, said the report was untrue, noting that nobody had been arrested in connection with the attack.

But Oyedepo said “Our God answers prayers, all those demons that attacked the Church in Owo have all been found. It is not seven days yet.

“In the same way, all the enemies of your soul shall be caught and judged and sent to eternal silence. Thank you Heavenly Father, speak to us this morning and let your name be glorified.”

Oyedepo insisted that the government was lying that the attackers had not been arrested go justify his seven days declaration.

As it stands, it is well over seven days since Oyedepo made the pronouncement, yet the attackers have not been arrested and the Living Faith Bishop said if it did not happen within seven days, he was not sent by God.

Therefore, is Oyedepo sent by God?