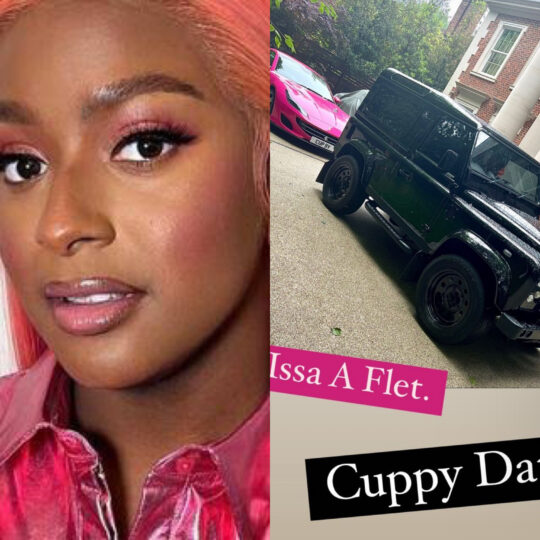 She revealed her new car on Thursday via her Insta-story after a fan/friend, David Evans-Uhegbu asked her; “Why are you hiding your new car? Let them know that God is good”.

In response, she reposted his question and posted the picture of the car in her garage, parked next to her pink Ferrari.

According to Cuppy, her close friends and family members are aware of her passion for vehicles, and she has always wished to own one.

“My engine is a 6.2 litre V8 Corvette LS3 conversion. The seats have diamond stitching. Black on Black. Someone said my new car is not for small girls … Well good thing, I’m not one. Cuppy Dat”, she added.