Eight die in another boat accident in Bayelsa 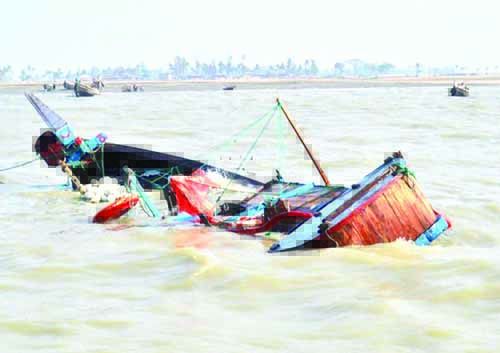 An accident involving a speed boat carrying 12 passengers and a local boat loaded with foodstuffs in Southern Ijaw Local Government Area in Bayelsa State claimed eight lives in the early hours of Wednesday.

It could be recalled six persons, including a female corps member had reportedly died in a similar boat accident on Saturday.

According to an eyewitness, the accident occurred between Korokorosei and Ayama, near Oyoma Community due to the poor visibility caused the heavy rainfall on Wednesday.

Comrade Ogoniba said all the passengers in the speed boat were without life jacket. He lamented that about 45 people have died from boat mishaps on the Bayelsa waterways since the beginning of the year with all of the victims not putting on safety jackets that could had prevented them from drowning.

The Bayelsa State Maritime Workers Union Chairman, who spoke shortly after an Emergency District Executive Committee Meeting of the union, stated that the resolution of union was that henceforth no boat is allowed to load, or set for sail without passengers on life jackets.

According to Ogoniba, the resolution covers any boat that would want to use the Bayelsa waterways for any reason, while advising passengers not to board any boat without a life jacket but rather report such boat to any of the nearest unit of the union for appropriate sanctions.