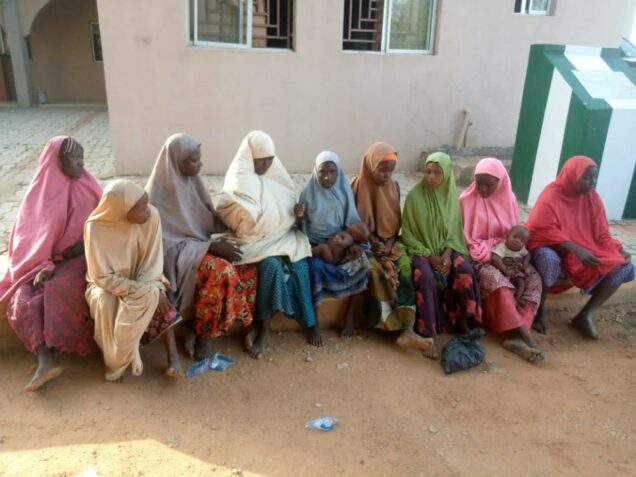 Victims recued by police in Zamfara

The Police Command in Zamfara has rescued 14 kidnap victims held for 42 days at Kunchin Kalgo forest in Tsafe Local Government Area of the state.

This is contained in a statement issued in Gusau on Thursday by the Police Public Relations Officer in the state, SP Muhammad Shehu.

Shehu said that the victims were rescued successfully during an intelligence-led search and rescue operation in the forest on Tuesday.

He said that the operation was conducted by the police with the support of some individuals partnering with security agencies to restore peace to the state.

“The police tactical team acted on credible intelligence and stormed a suspected bandits’ hideout, leading to the rescue of 14 victims including two babies of one year each.

“The victims informed the police that the bandits invaded Nasarawar-Wanke and Rijiya villages in Gusau LGA and abducted them to their enclave, where they spent 42 days in captivity,” he said.

Shehu added that the 14 victims had been handed over to their relatives.

He said that the Commissioner of Police in the state, Mr Ayuba Elkanah, appreciated the support being given to the police by the government and people in the effort to restore peace to the state.