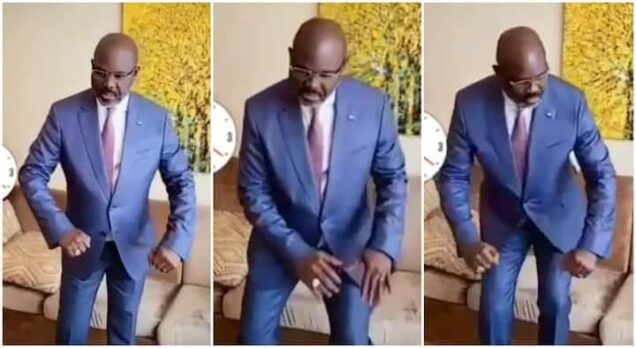 Weah has emerged on TikTok, Facebook gyrating to the song, whose original video garnered 3,455,125 views in less than 36 hours of its release on YouTube.

President Weah, a renowned footballer, has proven that his soccer prowess had some connection with dancing.

In one trending video, Weah engaged in the Buga challenge, before a large crowd of Liberians. He certainly wowed the crowd with his inimitable dance steps.

Watch some of the videos: