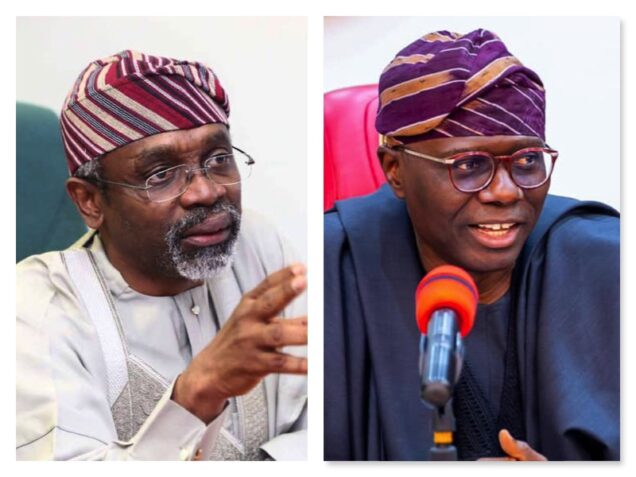 Both politicians clock a new year today. Gbajabiamila is 60 and Sanwo-Olu 57.

In a congratulatory message, Buhari described the speaker as patriotic, honest, someone who deserves respect.

“I have observed the Speaker, Femi Gbajabiamila for a long time, in the sense that when I was watching debates in the House of Representatives he used to be on his feet most of the time, passionately defending the party and issues he believed in.

“He impressed me very early as a committed member of the House of Representatives and I congratulate his constituency for keeping him there. I was very pleased that he eventually became the leader of the house.

“I am so impressed and pleased with the performance of the Speaker and the Senate President, Ahmed Ibrahim Lawan. At a certain stage, I called them and told them that I did not speak to them about what was happening in the National Assembly because I have so much confidence in them.

“Our party, APC, has majority in both the Senate and the House of Representatives. I know both of them and endorse their leadership so I should leave them alone to do their job.

“I wish Femi Gbajabiamila the best of luck and hope his constituency will maintain the confidence in him because he is a patriotic and honest person. I have a lot of respect for him.’’

The President prayed that the Almighty God will grant the Speaker, who is the second longest-serving member of the House of Representatives, long life, good health and wisdom to keep serving the country.

In a similar vein, Buhari also rejoiced with Sanwo-Olu on his remarkable strides of service in the private and public sector.

The President noted the visionary leadership of the governor in Lagos State, with impact on infrastructure, security, business outlook and public service, creating opportunities for Nigerians and foreign investors to benefit from the economic vibrancy of the state.

Sanwo-Olu was the former Managing Director and CEO of Lagos State Property Development Corporation and also a former banker.

Buhari said Sanwo-Olu’s experience in the private sector will always be relevant in pursuing competence and excellence in governance.

President Buhari prayed that the Almighty God will keep and prosper the Governor of Lagos State and his family.