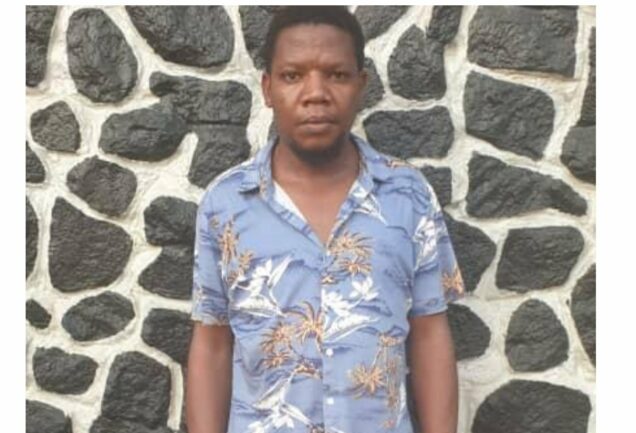 A 30-year-old man, Ebube Oba was on Sunday arrested by the police over the alleged murder of his neighbor, Mrs. Uzomaka Ekpe.

DSP Tochukwu Ikenga, Police Public Relations Officer (PPRO), Anambra Command, said that Oba was apprehended after he allegedly killed his neighbor and mother of two at the Nkpor Agu area of Ogidi, Anambra.

He said the suspect, residing at Ugochukwu lane Nkpor Agu, Ogidi in Idemili North Local Government Area of Anambra, was lurked in a quarrel with late Mrs. Ekpe at about 4.33 p.m. on Saturday.

Ikenga said that preliminary investigation revealed that the suspect and the deceased, during the quarrel, exchanged blows, when the suspect gave fisticuffs to the woman which resulted in her death.

Preliminary information revealed that “Ebube hit Mrs. Uzomaka Ekpe on the chest and face with fist blows before she collapsed.

“She was rushed to the hospital and was later confirmed dead by a medical doctor on duty.

“The body of late Mrs. Ekpe had been deposited to the morgue, while the suspect is in police custody for further investigation, after which the case will be charged to court,” he said.

Ikenga however stated that the state Commissioner of Police, Mr. Echeng Echeng, advised residents of the state to learn how to control their anger in the face of quarrels.