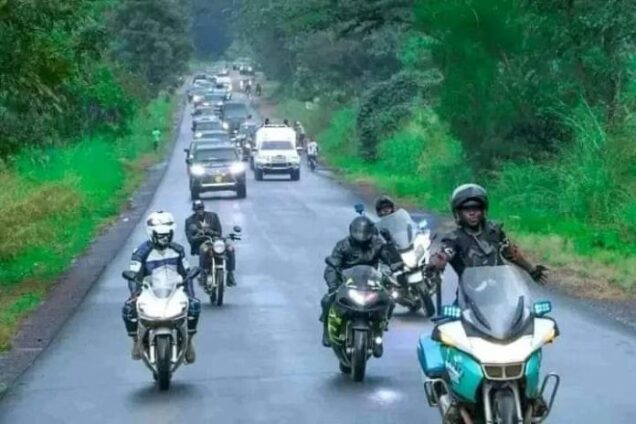 He was received by top Government functionaries, APC stalwarts, traditional rulers and admirers.

The state Deputy Governor, Chief Edward Onoja who was among the crowd at NATACO, a popular terminal in Lokoja, described the mammoth crowd as an attestation of the people’s love for the governor.

Onoja thanked traditional rulers, youths, women civil society and the people for the show of love. He said the governor came back with great enthusiasm to consolidate on the achievement so far recorded in the governance of the state.

An elated Bello thanked the people for coming out in their numbers to receive him. He said his participation in the primary has opened his eyes to national politics.

The governor urged the people to support APC all the way in next year’s general election.

“You must show again as you did in 2015 and 2019 that Kogi is APC. Just as you voted massively for President Buhari, you must cast your vote for Bola Tinubu and other candidates of the party, next year.”

It would be recalled that Bello came fifth with 47 votes in the June 6-8 primary, won by Tinubu. He has remained in Abuja since the exercise.