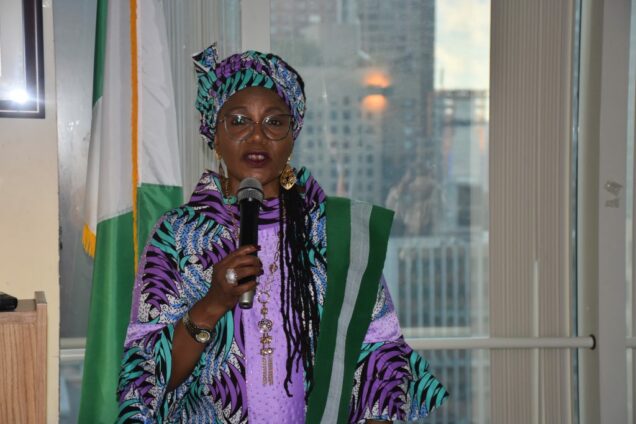 Nigeria’s Esther Eghobamien-Mshelia has been elected to serve on the UN Committee on Elimination of All Forms of Discrimination Against Women (CEDAW).

This was disclosed by Prof. Tijjani Muhammad-Bande, the country’s permanent representative at a dinner held in New York on Saturday.

Eghobamien-Mshelia was elected in a keenly contested election, held at the UN headquarters, New York, on Thursday.

Eghobamien-Mshelia, elected to fill one of the 12 vacant positions, scored 137 out of the 187 votes caste; she would serve for four years, beginning from 2023 to 2026.

“Today is a day to interact with you as friends who have assisted greatly in seeing that Nigeria’s CEDAW candidate becomes a member of the committee.

“In doing this, we want to assure you that in electing Eghobamien-Mshelia, you have elected a very solid candidate who would work with others to achieve the objectives for which CEDAW was established.

“We are happy that you have elected her not because she is a Nigerian, but because of her expertise. We thank you and assure you that we have a candidate who is formidable,’’ Muhammad-Bande said.

In her remarks, Eghobamien-Mshelia thanked the member states for the confidence reposed in her and for sharing in her vision.