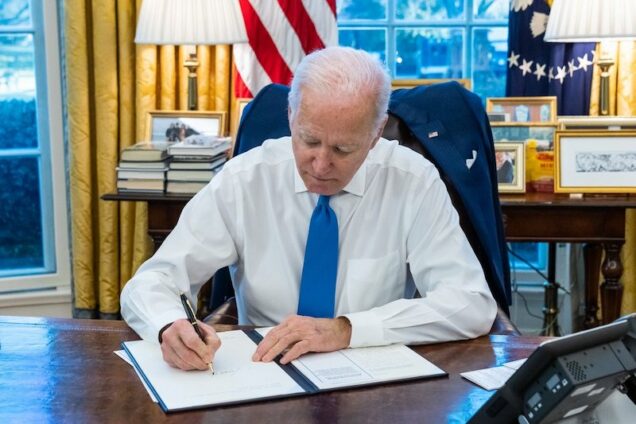 Two days prior, he criticized a Supreme Court ruling that expanded the rights of gun owners.

According to Biden, the Supreme Court made ‘some mistake’ which includes the elimination of abortion rights.

Gun regulation has long been a contentious topic in the country, with numerous attempts to enact additional restrictions on gun sales failing repeatedly.

While signing the bill at the White House, Biden said “God willing, it’s going to save a lot of lives”.

Just a few weeks had passed since mass shootings in Buffalo and Uvalde claimed the lives of more than 30 individuals, including 19 kids at an elementary school.

The law has provisions to assist states in keeping firearms away from those who are regarded to pose a danger to themselves or others.

The reform was passed during the same week that the Supreme Court increased the rights of gun owners, stating on Thursday for the first time that carrying a pistol in public for self-defense is protected by the US Constitution.